It’s my son’s 14th Birthday today, so naturally it’s time for another “NEPOTISM THURSDAY!” (which falls on a Wednesday this month,  quite common, I assure you).  But because the kid’s going to get lots of expensive gadgets and free food later, I’m going to talk instead about the cartooning work of my father, Charles “Chuck” Templeton, and how far apples fall from trees.  So THERE, beloved son! 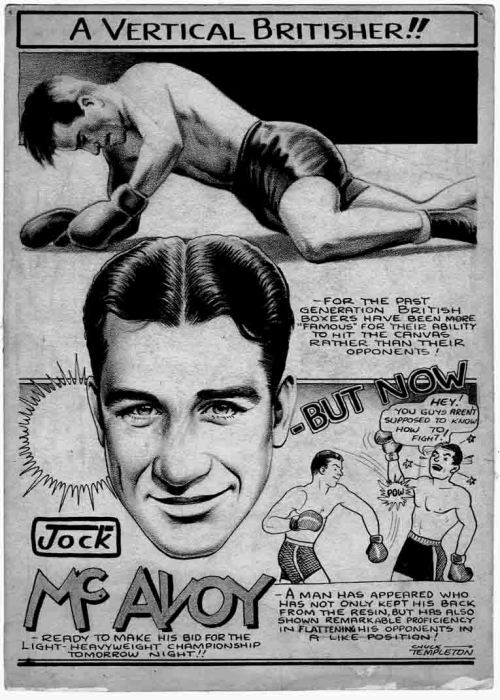 Just a quick tease this time out, with a couple of Dad’s sports pieces, scanned from the original art that hangs on my wall and from clippings…Chuck had a  regular cartoon gig for the  Toronto Globe and Mail in the 30s (*actually, when Charles was 17.  By 21, he started his career as an evangelist.  kts),  for about four or five years in what was Dad’s early twenties.  He drew mostly sports,  and some political cartoons with both a remarkable skill for likeness, and a playful skill for comedy.

I had no real sense of my father’s illustrating and cartooning work until after he died.

And though he taught me one or two things about proportion and how to hold a pencil when I was very young, it was nothing like professional secrets or anything.  And since his work was all printed and packed away decades before I was born, I saw almost none of it, until it was entrusted to me when he passed away.

So, what that amazed me most about his work once I got to see a lot of a it at once, is that I see many similar things to my own style in there.  Similar compositional methods, similar lettering even, and the basic skills are in the same zone, though in different styles for different generations.

Considering how little he taught me about the biz, and how little of his work I saw growing up, how freaking odd that there are so many similarities.  My parents were divorced, and I was raised by my mother, so it’s not a question of nurture…  Is there a GENETIC component to an artist’s aesthetic? 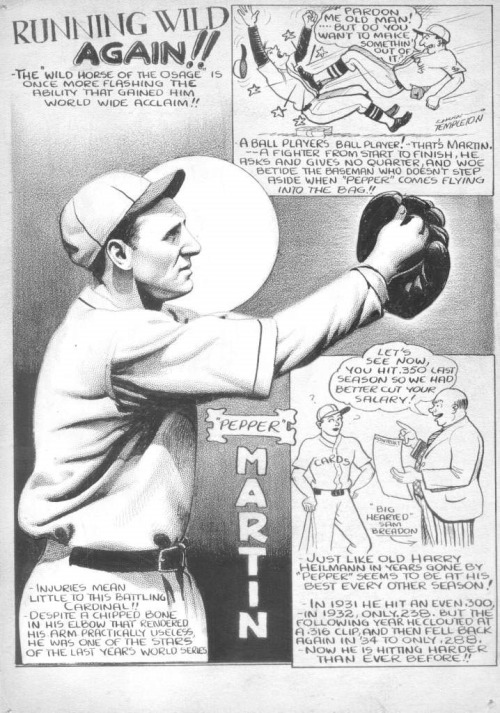 More of my father’s work to come in future weeks.  I’ve got stacks of it, and much of it is very good.  PLUS, it’s a nice slice of history for the Canadian Comics Corner buffs out there…including Mr. Pincombe.  As for me, I’m off to teach my comic book bootcamp course tonight, and maybe buy my teenaged son a slice of cake, and sing.

NEXT:  How I turned down sitting on an upcoming panel with Stan Lee and Harvey Pekar next week, (I’m an idiot), and the stirrings of JOHNNY CANUCK!  Oh, so exciting!

One response to “Nepotism Thursday! Apples, Trees and Original Sin!”