I put my thumb up Under the Red Hood

A couple of days ago, I was a special guest host at a press screening of the new Batman direct to DVD movie “Under the Red Hood”. 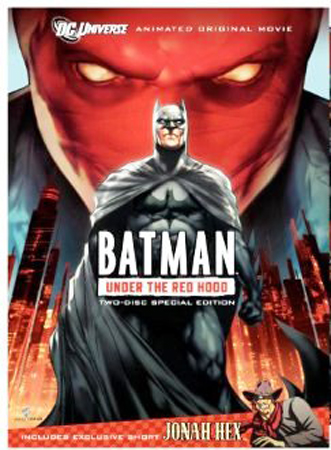 I didn’t actually work on this movie, but I’ve done enough other things with the Batman animated franchise to allow me to perform a little song, a little dance, a little seltzer down my pants, for the press, and to play cheerleader for this film.  I also had to watch it a couple of times as part of the gig.

Well, I’d be playing cheerleader for this film whether they asked me or not.  It’s easily the best DC animated film since Return of the Joker, and in my top ten super-hero films of any kind.  It’s smart, beautifully directed by Brandon Vietti, with a quick pace and great emotional heart.  The action sequences are exciting, while at the same time, clear (I wish you could say the same for most big budget blockbusters).   There’s no fat in the plot, it’s all tasty, tasty meat in every scene.  There’s solid voice talent in the new cast,  including John (Bender) DiMaggio as Joker, Jensen (Supernatural) Ackles as Red Hood, Neil Patrick Harris (Dr. Horrible) as Nightwing, Bruce (Chris Pike of Star Trek) Greenwood as Batman, and Bruce Timm (WTF?) as the Riddler!  Wade Williams (from Prison Break) steals every scene he’s in, as the Black Mask.  So does NPH as Nightwing. 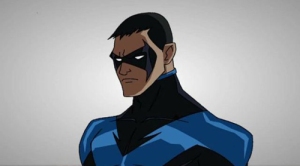 Neil Patrick Harris looks damn good in the Nightwing suit. I think he's been working his delts and pectorals.

This Batman fan was in hog heaven.   Go HERE if you want to see the trailer online. 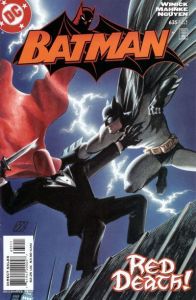 A couple of caveats: If you’re familiar with the Batman comics written by Judd Winnick (specifically his 2005 Red Hood stories) then you’ll know most of the twists and turns of the story, as the script (by Winnick himself) is faithful as hell to his original material (with bits and pieces from his new Red Hood series, and Starlin’s “Death in the Family” thrown into the mix).  But rather than feeling like a re-hash of familiar events, the script deftly streamlines many year’s worth of continuity, and packs it all into a neat little 80 minute thriller that’s a far more natural fit for the story.

Caveat Number Two: Don’t put the kiddies in front of the TV with this one. 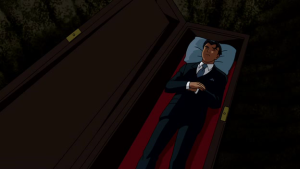 This is the only pleasant view of Jason Todd's dead body in this movie. TRUST me.

In tone it’s far closer to the Chris Nolan Batman films than previous DC Direct titles.  The opening scene features a crowbar, some bones and some blood, and although it’s an animated sequence, it’s tough to watch.  This stuff isn’t added gratuitously (the first scene is integral to the plot), I’m just warning that animated don’t mean ALL AGES. 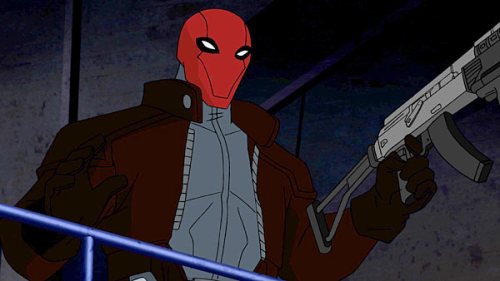 And to think I used to disapprove of the whole Red Hood story in the first place...

PS: I complained about the whole RED HOOD comic book storyline in an earlier post.  Go here to read it.    Clearly the movie makes it all better.

ANOTHER PS: Apparently, I wasn’t the only one at the screening who liked the film:  Here’s some positive reviews from  nerdgirlpinups, and here’s another at thisweekingeek.net, both seemed to enjoy this DVD and were nice enough to liberally quote me and my leaping enthusiasm.  Plus, I got to be BRIEFLY interviewed by one of the Naked News ladies, who also seemed to love the film.  Fortunately for all concerned, I retained my pants.