A public service since 2010

It’s not like the ritual makes any more sense to me, and I live here on Earth.  In other news, it turns out the government of Ontario is considering making marijuana legal.  Hopefully they do, because it will make my jokes funnier to read.

The little Zaton fellow in the above ad was a character from my youth, and sort of appeared in last week’s bun toon.  It’s been a thirty year wait for a sequel, almost as long as a Bill and Ted movie.  (Now, wouldn’t THAT be an unexpected surprise?) 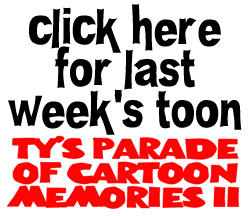 One response to “Zaton Bun-Toons, YAY!”