This post is unforgiveably late in the day, but better late than never.

Script: Mike Marano. Art: Alex Greychuck. Letters: K.T. Smith. You think it was easy fitting all those word balloons on that page and not cover up a single figure?!?

Today is the birthday of my favorite comics pro: a letter and a colorist named K. T. Smith, who has done more for Canadian comics and cartoonists in the last few years than most of the trees in Quebec. (That’s not even counting her Marvel and DC credits!) 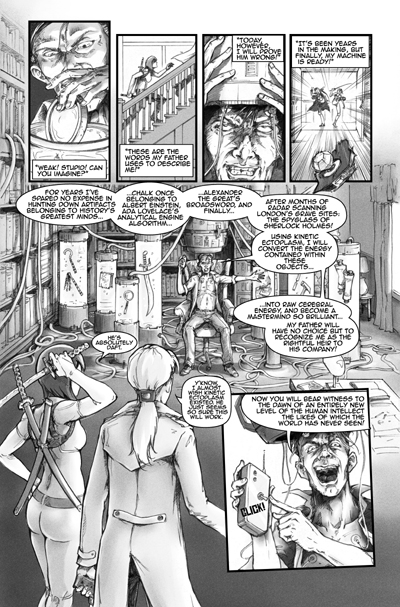 It’s one of the unknown truths that bad lettering can make a good comic look amateurish, and great lettering can make a second rate comic look professional.  And sometimes the letterer has one of the most crucial jobs on the page.  This is entertainment that has to be read, and if you can’t read it, you can’t be entertained by it.  Smith has pulled off some of the most impressive rescues I’ve seen, finding every single space possible for word balloons, and making crowded pages looks smooth and easy.  And it’s something NOT easy to do. 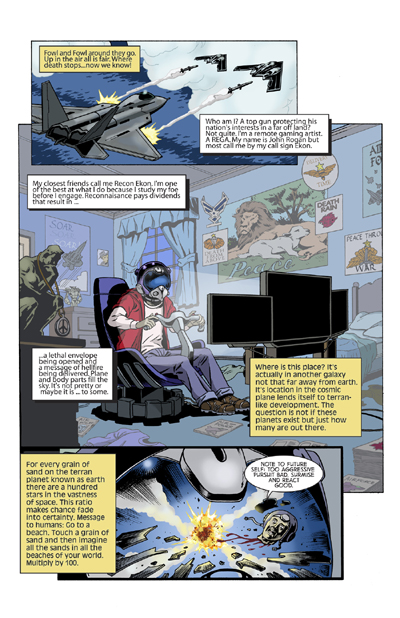 Here’s a gig for a comic series called “BLUE REMOTE” where the editor asked her to make every page predominantly blue in the colour scheme (to remind you of the title, I suppose) and it comes across as natural, without calling attention to itself.  That’s not easy to do. 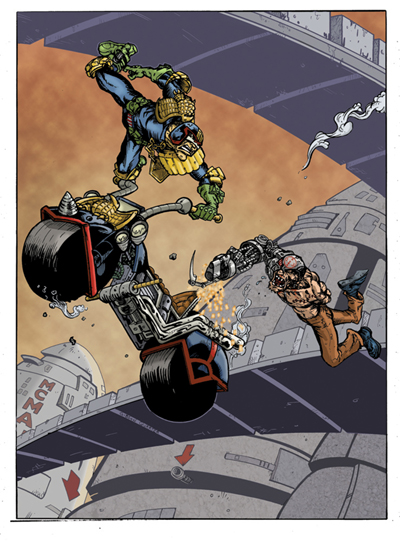 And when she’s allowed to pick the palette herself, I LOVE the colours she chooses.   Dig that polluted sky in Mega-City 1. 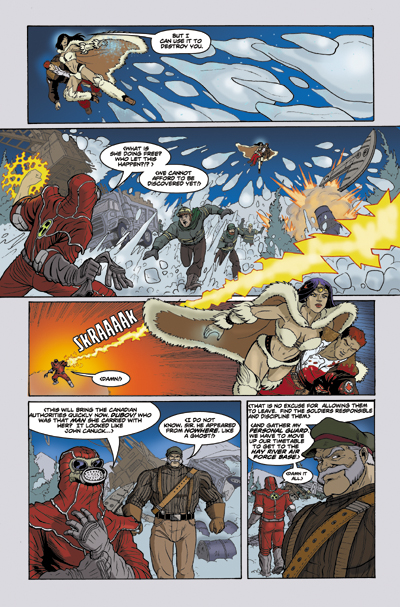 There’s a reason I’ve hired her for a couple of jobs myself.  Her bold choices remind me a little of the bright styles of old-school comics, while still making those subtle effects common in modern comic shine. 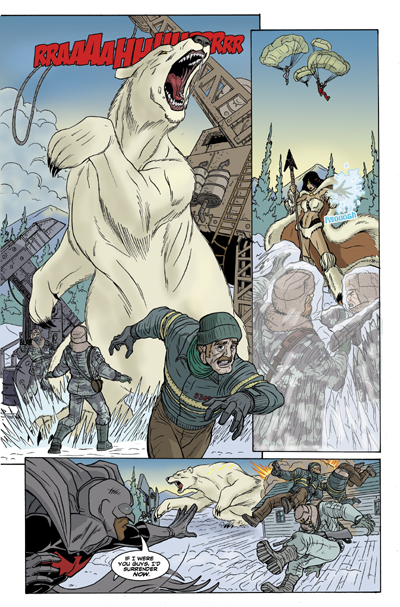 There’s more going on in these pages that the reader knows.  Any fool can put colours on the page with photoshop, but it takes skill to move the eye in the right direction, to keep from overwhelming the pencils with meaningless spots of contrast.  She’s good at the subtle stuff. 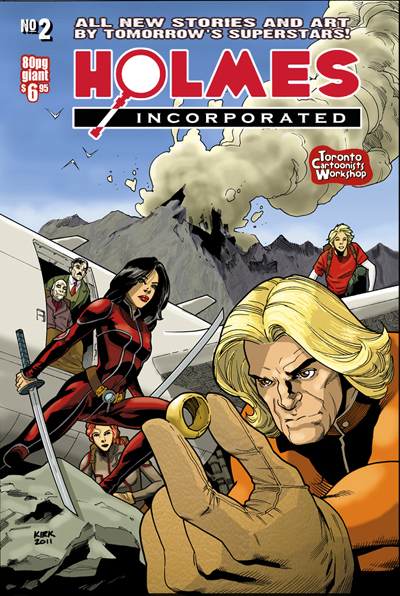 All right.  That’s enough gushing.  I just wanted to show off why I’m so fond of Smith’s work, and wish her a happy birthday.   I’d tell her myself, but she’s upstairs colouring and lettering a pile of pages for “HEROES OF THE NORTH” (the multi-media Canadian super-hero project I was blogging about on Tuesday) that are amongst the best pages she’s ever done.   I’d post them here, but it’s not my project, and I can’t exactly give out sneak peeks without the editor’s permission.  But I’ll let you know when it’s done, ’cause you guys will love it.

Happy Birthday, Keiren.  I’d have married you even if you WEREN’T a skilled professional, but it sure helps when I have deadlines. 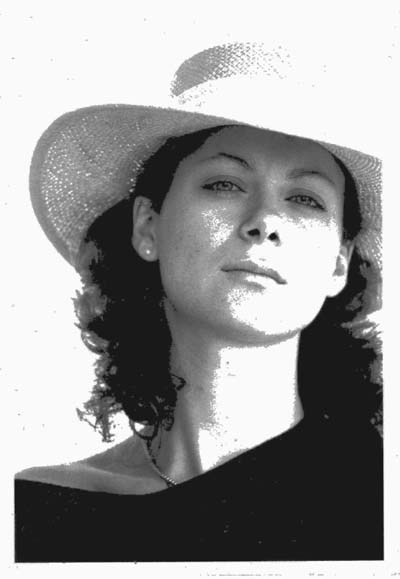 Yeah, she’s THAT gorgeous, too.

8 responses to “Happy Birthday to my favorite comics professional! YAY!”