I buy comics! I'm entitled to be royally pissed off about this!

The internet is all abuzz again, and the wicked monsters that run the comics industry are killing and eating puppies and kittehs one more time.

Here’s the link to donate to Gary’s fund if you want to help him pay off that seventeen grand counter-suit Marvel filed to slap him around a bit.    Gary could use the help, so give him ten bucks, okay? 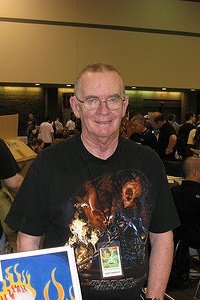 Is it my imagination, or were bikers wearing flaming skull tattoos and jacket decals since the fifties?

No one sue anyone over this, okay?

Click here for every Bun Toon ever! I created them! I have a right to them!!