And so, we close out the year, 2012, without the Mayan apocalypse and without Mitt Romney poised to destroy the Earth as we know it.  So two bullets dodged, and no more said about dodging bullets.

The Bun Toons has continued to delight and enthrall the internet over the last 12 months, making this site the third most visited website on the ‘net, right after Google and Facebook.  (Though ebay and twitter were giving us a run for the title for a while there, back in June, we did finally prevail as the net’s #3 site by late September).

And we got there because of you guys.  The numbers have been added up and we have tabulated the winners and losers of this annual crop of Toons de Bun, and present to you the BEST (and the WORST) of 2012.

FIRST UP:  The #5th most Popular Bun Toon of the Year!  I gave my review of the summer’s most talked about Super-Hero movie and my take seemed to rally the crowd.  Sure, the critics liked it, but around here, at Bunny Snark central, there was negativity in Gotham City.  And I got it all done in four panels!  HAH!

Weehawkin!  I’m still fond of that Catwoman, though the movie has grown even worse in hindsight.  Sheesh, it had such potential.

Here’s one of the Bun Toons that did no business this year, and it’s equally Gotham City centric.  It just goes to show that you can only rely on web traffic when you’re insulting something successful and popular.  This was an idea suggested by Dan (SPIDEY #700) Slott a while back, and I drew it up good.  I think it’s funny, even if no one on god’s green earth read it when I first put it up. 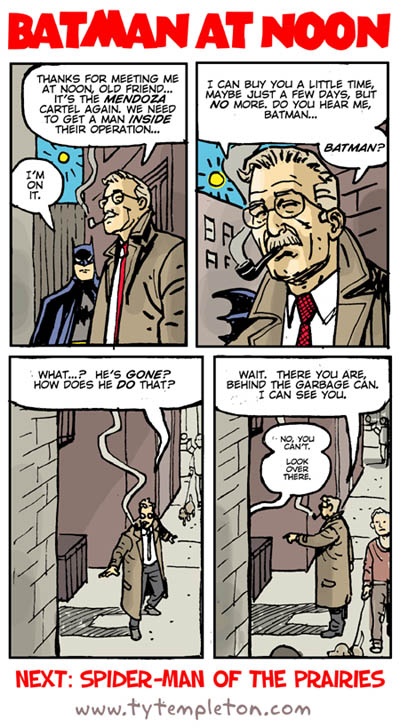 Just you wait…I’m going to DO Spider-Man of the Prairies, and stop all traffic heading towards this blog completely.  I just have to BELIEVE.

See you tomorrow for BUN TOON #4, and Bun Toon # 51 on the hit parade.  They just get better and worse from here!

For your Bonus Moment:  It’s Stan Lee’s Birthday.  All together now… 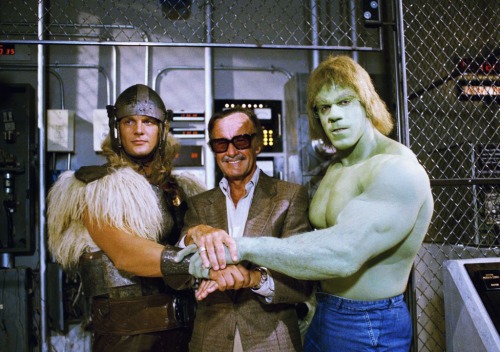 Stan the Man coaches The Hulk and Thor on how to be larger than life, in this rare photo from the early 60s, when the heroes would routinely visit the Marvel offices for story conferences.

Thanks for creating Marvel comics, Mr. The Man, and giving me a place to work for the last little while.  The well-fed children thank you.