Ty has been superbusy with workworkwork and occasionally talking to his children, but he managed to squeeze in some time on the weekend to join in on celebrations for The Comic Book Lounge & Gallery. Rising out of the ashes and some of the stock from Dragon Lady Comics, the store started up last February 8. At the time, Ty was still teaching in the space so he would see Joe, Kevin  several times a week. 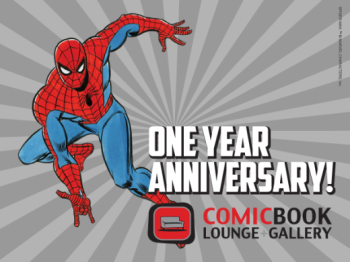 While Ty moved into his own space for Comic Book Bootcamp in the fall, The Lounge is still one of his Local Comic Shops. He drops in at least once a week to pick up comics, and check out what Joe and Kevin have to say about our little industry.

On Saturday, The Lounge celebrated it’s first year anniversary by running a mini-artists con with local artists like Ty, David J. Cutler, Scott Chantler, Agnes Garbowska, Richard Pace and more. Ty had a Bun Toon to get out so we didn’t get there until the late afternoon but he did a number of sketches (Batman sketch comic covers were most-requested). 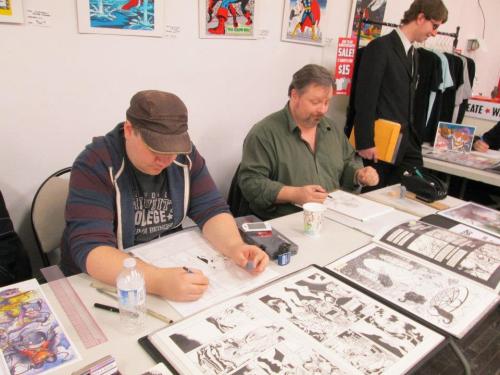 There was a contest for cosplayers, hosted by the One and Only Sean Ward, then it was time for ON THE COUCH WITH TY TEMPLETON. Guests Jim Zubkavich, Richard Pace and Rob Walton discussed their views on Collaboration versus Control. I don’t think they came to an actual consensus as to which they preferred–working as part of a creative team, or working on their own–but it was a lively conversation. The show was recorded and when edited will end up online (probably at Tdot Comics, thanks to the inimitable Alice Quinn!). 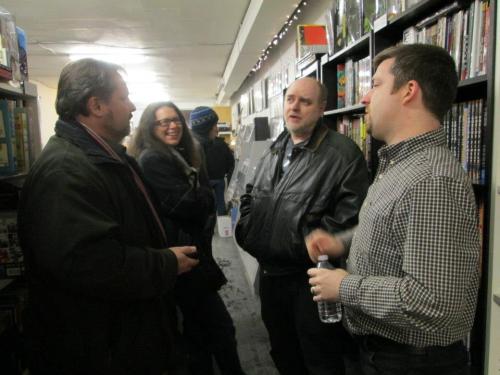 The night finished with an Industry Night Party, but we headed out before midnight as Ty had to return the next day for a day of demos to promote AutoDesk Sketchbook Pro. We got there in time to watch Agnes Garbowska create a piece in Sketchbook and talk about her technique, then Ty got to try out the program himself. It was his first time using a Cintiq for any sustained period of time, and first time using SketchbookPro. An interesting program–Ty said he could immediately see some shortcomings (given his long familiarity with PhotoShop) but also some definite advantages. Ty said he’s looking forward to working with it some more, when he has free time in his schedule. 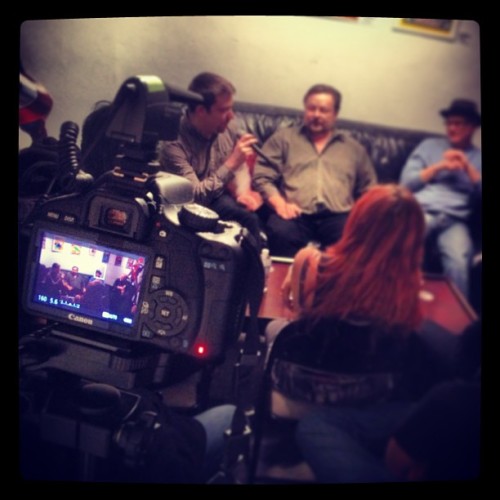 Recording ON THE COUCH (photo by Tyrone McCarthy) 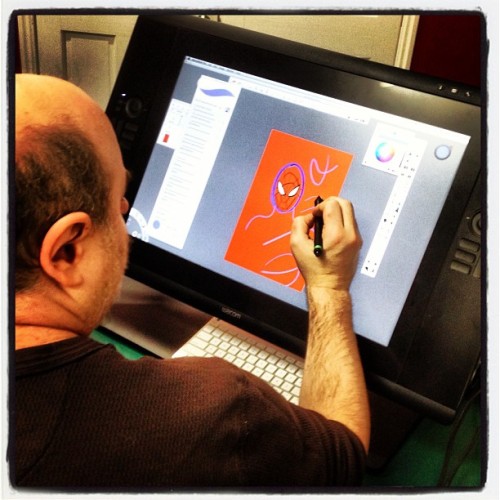 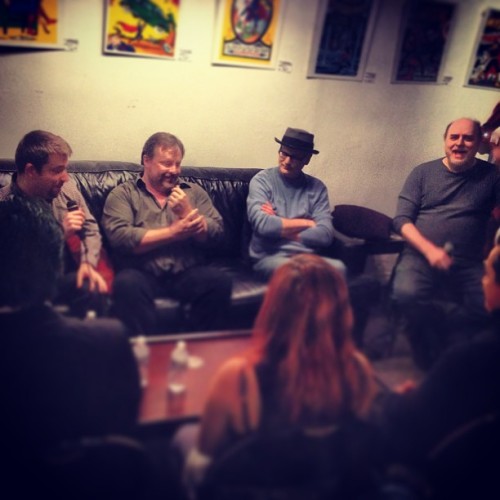 For your bonus moment, here’s the cartoon Ty did to commemorate the end of Dragon Lady Comics which had been a part of his (and my) life for all of it’s thirty-plus years: