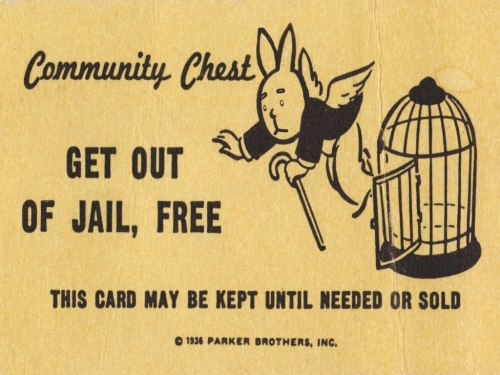 Thank GOD I had this card with me.  It turns out, this card not only gets you out of jail, it gets the charges dropped, a written apology to your whole family, and you get to pick out two items from the evidence lock-up, provided you do it on the first of April.

A couple of people were angry at me for pretending to be a police-abusing, animal-hugging,  hippie convict yesterday, (for about ten minutes, that included people I’m married to), but I pretended with animal-hugging, hippie convict love.  No one was hurt except a fictional officer of the law, so I hope you’ll find space in your blood pump to forgive this merrie prankster his annual Spring reverie. 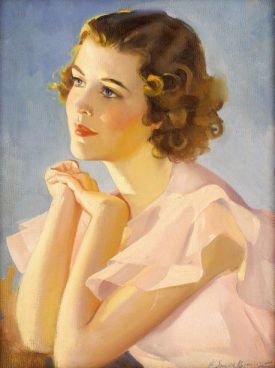 This is me yesterday. Only with more giggling.

It’s nice to know I could raise a couple of grand in a heartbeat if I ever need to, but I’m hanging onto the Kirby and Watchmen pages, and my various Batman #1 covers for the time being, thank you very much (we got a few offers!).  There’s no ACTUAL looming emergencies at the moment, so I’ll be keeping  the whole lot in a box in my bedroom, where a flood or fire could easily destroy them all at once.

That shot of the Bunny reeling in da fish, hook, line and sinker, comes from last year’s April post, which involved me winning a half a million dollars in a lawsuit.

This entry was posted in April 1 and tagged April 1, April Fool's Day, seriously I warned you in the tags, the aftermath. Bookmark the permalink.