The secret origin story of the bunny.

The great Kim Thompson passed away this week.

Along with Gary Groth and Fantagraphics, he made the 80s a rich, exciting time to read comics.  Love and Rockets, Neat Stuff, Bitchy Bitch, Critters, Usagi Yojimbo, Fission Chicken…Fantagraphics was the coolest, bestest comics publisher in the whole world, and half the reason comic stores were an exciting new idea back then.

When I worked at Vortex Comics, putting out Stig’s Inferno and Mister X, there was no secret to the idea that we were trying to be the Fantagraphics of Canada.  Hell, we even hired away the Hernandez Brothers to do the first four issues of Mister X.   We had Jamie envy.

But my experience at Vortex ended badly, and my experience at Eclipse ended badly (for  completely different reasons – neither my fault), and in 1986, my comic book partner and best friend, Klaus Shoenefeld passed away at the age of 24.    It was a very low point in my life.

That’s when Kim Thompson called me on the phone and asked if I wanted to do some stories for Fantagraphics.

Literally, at the moment I was re-considering doing comics as a way to make a living, the coolest, bestest, comics publisher in the world thought I was worth a call.

What follows is the first story Kim ever bought off of me.  (click on the images to enlarge if they’re hard to read.   It’s eight pages long, so settle in with a lunch…) 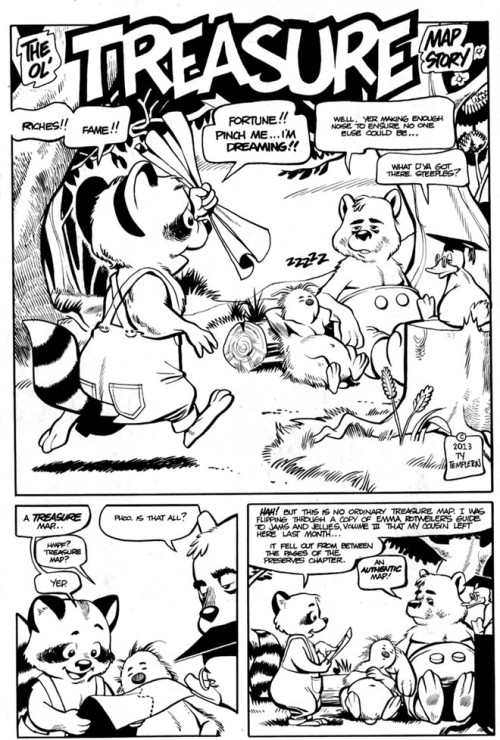 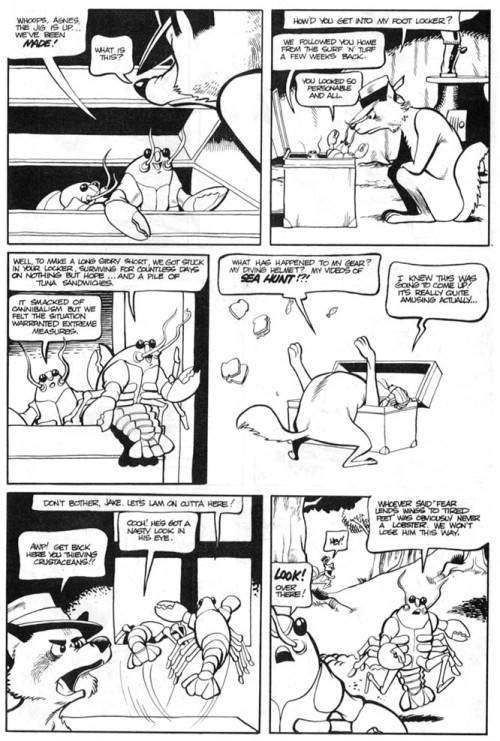 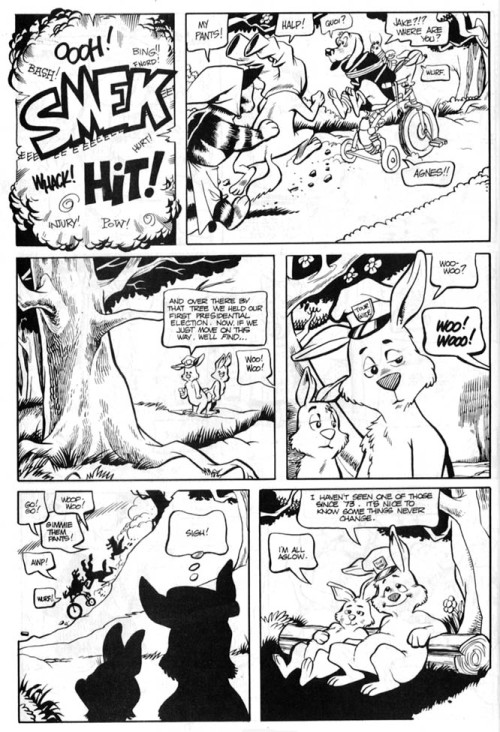 Yes, it’s a weak-sauce Walk Kelly pastiche….but it was the first thing I did for Critters.  Kim talked me into doing funny animals comics when I thought

there was no value in them.  He introduced me to the work of Carl Barks and MADE me read his duck stuff, even when I didn’t want to.   Kim convinced me I was good at what I did when I was young enough to have trouble believing it.  He introduced me to Alan Moore (over the phone) and put us together on a project that included a rock and roll single that Moore and I traded A and B sides on.  That’s the cover to Critters #23 above and to the left…here’s the single being played on a RECORD PLAYER!  (I’m old.) 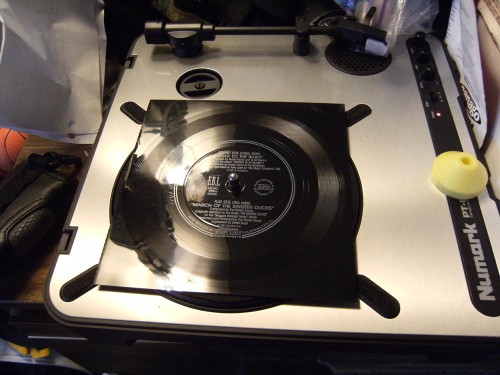 Kim was the biggest champion of great comics you ever met, and Fantagraphics published comics that cost them money because they believed  in those creators and projects like no other publisher.   Who does that?

Those long ago years when I did a handful of stories with Kim Thompson at Fantagraphics are what told me I was actually in a comics industry worth being in.   I never had an editor or publisher be so nice to me, or be so supportive, or “get” comics like Kim.

Kim, when I first met him.

Later Kim. Holding some of the many awards he absolutely deserved for his contribution to our art form.