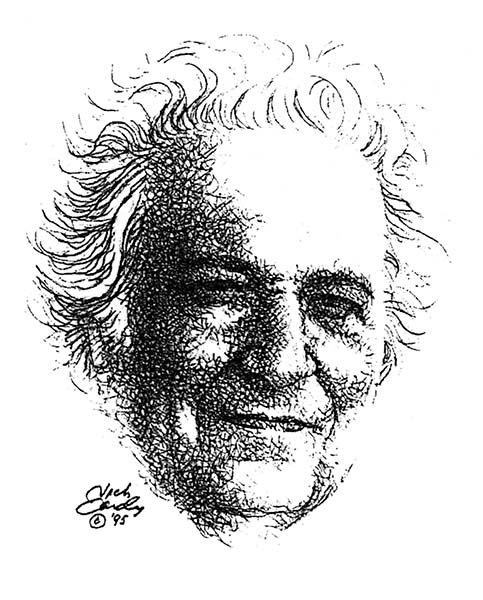 If you’re a youngun, you might not know the career of Nick Cardy.  He was one of the very few Golden Agers comic artists still with us until this week, where he passed away at the age of 93.

Nick Cardy was a pillar of DC Comics during my childhood, and a great deal of my love of comics manifested itself while reading comics that he drew.  Especially comics he drew the covers of…

This is a couple of pages from the first DC Comic I ever read: Teen Titans #6.  I probably knew who Batman was from the TV show, but I had this comic because Robin was in it.  I was five years old, and Robin and the Teen Titans were HUGE in my life when I was very little.  This sequence, where Speedy shoots at his friends while BLINDFOLDED was incredibly exciting when I was five.   I still own this comic. It’s missing its cover and some of the pages are scribbled on, but I’ve never lost it. 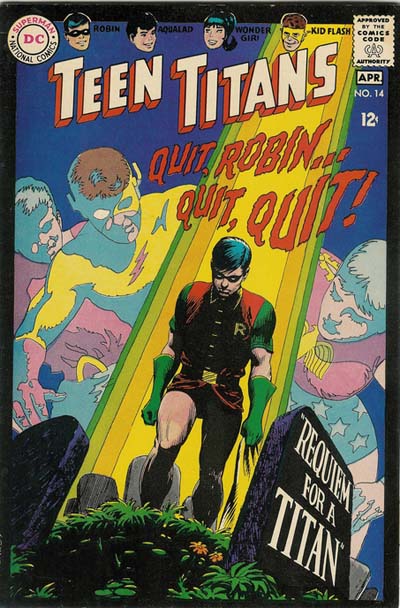 This comic scared the HELL out of a year later.  Not only does Robin visit the GRAVES of his friends (complete with ghosts!), but for some bizarre reason, he takes off his costume and mask and spends half of the story in his underwear.  It’s such an odd sequence that it stuck in my head for years.

Then THIS Titans vs. a Giant Book cover came out.  Again, I’m about six years old when I saw this, but something weird happened when I did….I think I understood the difference between a striking and clever composition and regular old comics right then and there.  Cardy was doing something outstanding here and I could recognize it.   Look at that cover, who could MISS it?  I still own my copy of this one, but it has the damn cover.  It’s actually in pretty good shape.  The little kid in me didn’t want that cover harmed in any way.

In the 70s, when I was about twelve years old, I finally figured out I could subscribe to comic books and get them in the mail!  I think I subscribed to about twenty series, and constantly asked for subscriptions for birthdays and Christmases.  This issue of Superman (with that magnificent Cardy cover) was the first comic book that ever arrived in the mail at my house.  It was folded in half, which I didn’t like, but it was magical to get a new comic book or two at my front door about every other day.   Most of them had Cardy covers.

Speaking of Christmas, long time readers of this blog know my affection for this particular comic book.  I put this Nick Cardy cover up online for all to see every Christmas, and the tradition will likely continue for years to come.   This image is as close to joy in a line drawing as my nostalgic brain can wish for.

Nick Cardy covers were SO good, I bought Romance Comics and other icky girl titles if he did the cover.  I bought this at a convention when I was about fifteen, and my friend actually made fun of me.

This gorgeous cover lured me into a lifetime love of Bat Lash.  And he SAVED the West.  Trust me.  Cardy did the interiors on this series and I gobbled up every one.

At this point, I’m going to be quiet, and let you enjoy a treasury of the man’s work.  93 years old is a great run at this planet, and he left us SO much gorgeous comic art.  I envy you folks if you’re seeing any of it for the first time. 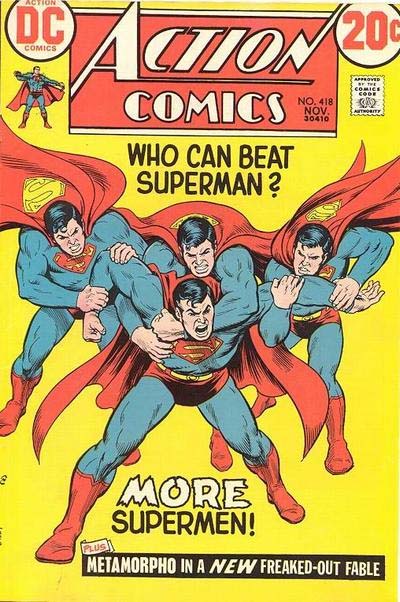 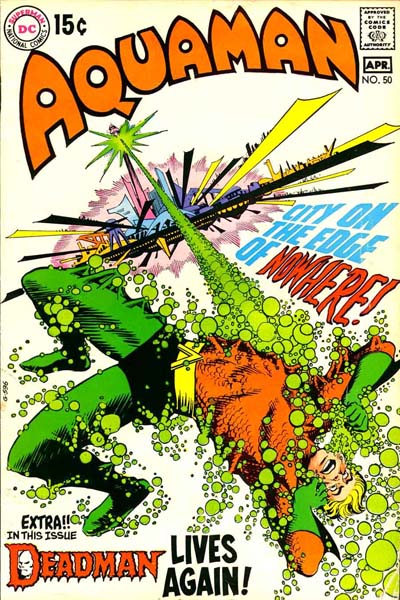 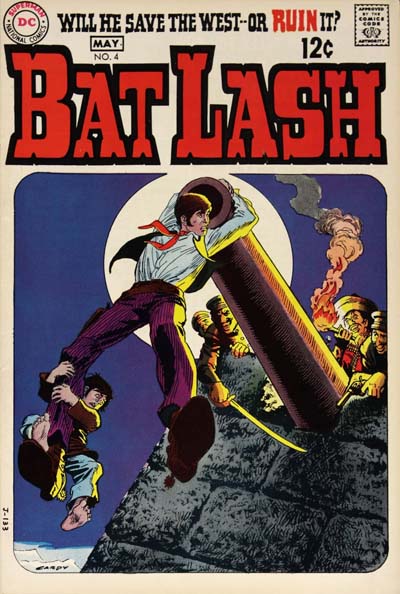 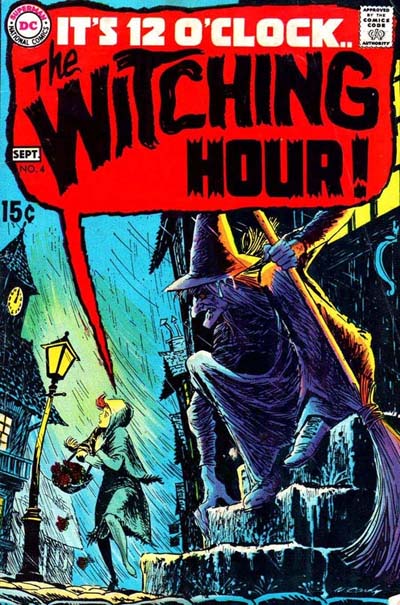 Thanks Nick.  You were an intimidating inspiration to this aspiring artist when I was growing up.  Every cover I ever draw, I’m conscious of wishing it was half as good as your stuff.

This issue of Teen Titans:

…was an impossible dream when I was a kid.  Neal Adams wrote the script, and did the layouts and Nick Cardy did the finished art.  Two of my favourite DC artists of all time, working together on the favourite series of my youth.

I own a couple of pages of the original artwork from this issue, given to me (because of a story too long to tell here) by the very generous Neal Adams.  So there’s a little Nick Cardy in my house this very moment, and there always will be.

And then there’s this:

The very first comic series I worked on professionally for DC featured the aliens introduced in (and not seen since) that issue of Teen Titans by Adams and Cardy.