You’d be shocked at how little culture I have…

I don’t care.  I’m going to look at things anyway.  Might even listen for sounds.  But clearly eating and drinking are right out.

I can’t wait to meet all the comic fans in India and learn about their creators and comics when I get to the Indian Comic Convention…and that’s on top of learning about their culture and country in general.  This is my first time over the Equator and my first time East of Europe.  It’s like there’s an entire planet out there outside of Canada and Europe.  Who knew?

That means I won’t be here for the Bun Toon next week…it will be a re-run…a good one, but a re-run nevertheless.  See you back here in two weeks, with probably lots of stories to tell of the trip.

Ty the Guy OUT of the country. 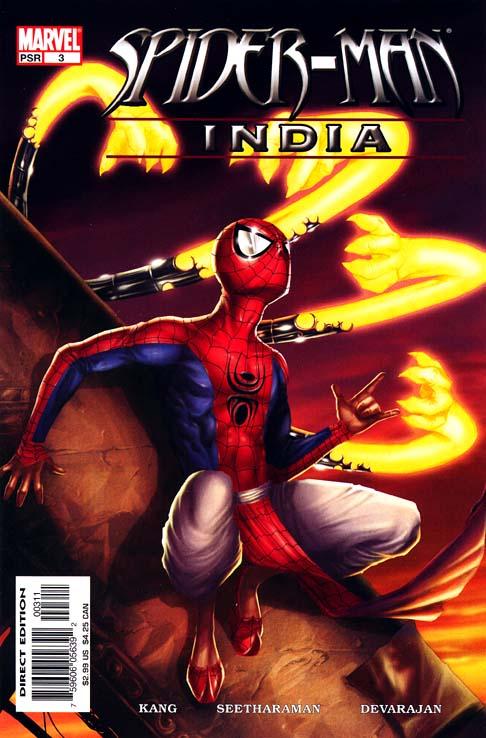 Of course, I already know a thing or two about the sub-continent…after all I DID read Spider-Man India when it came out a few years ago…

Of course, there are local Indian comics, and I’ve been assured these are some of the more popular ones:

These are the “Fighting Toads”, a set of characters who are clearly NOT based on martial artist turtles or shredding rats in any way, because that would be a lawsuit, right? I’m going to look into this.

Super Commando Dhruva is sort of the Batman of India (so I’m told), even though he looks a bit more like Nightwing. Anything Batman-like is my jam, so I’m hoping to get one or two issues of this book.

This is Nagraj…kind of the Superman of India. His super-powers are impressive, and highly snake related. This is probably the closest to an image of the character I can put up on the Bun Toon without freaking out my snake-phobic wife. Sorry hon.

For the Bun Toon Archive, click the silly rabbit in the space helmet.