I’ll teach you young punks to respect me.

This weekend includes Father’s Day.  Finally, a day for the men of this world to put aside their privilege, and be celebrated for the effort they sort of make, helping their wives raise a family.

Even though my parents were divorced, my father still had important things to teach me as I grew up and saw him on the occasional weekend and summer holiday.

Every one of those bits of advice are true, and I constantly use the one about writing when teaching my scripting classes.  To this day, I still have a Siamese cat, and though I’ve never been in a boxing match, I know how to handle myself when a drunk gets troublesome.

I have children of my own, now.

In the world of Father-based comic strip characters, they’re all second rate compared to Jiggs, the orangutan-faced hero of “Bringing up Father” (later known as Jiggs and Maggie).

The magnificent deco-inspired designs and line work of George McManus was inspirational when I was a kid. 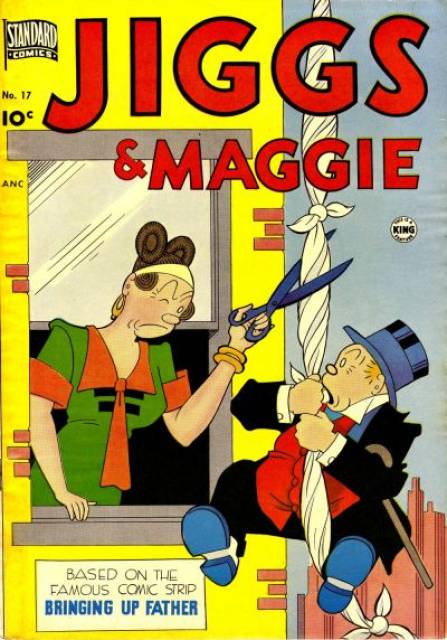 I read a bunch of them when I was a kid, and they didn’t make a lick of sense to me.  It wasn’t until I was much more sophisticated adult that I realised they weren’t supposed to.

For the slightly updated Bun Toon archive of years past, click here.

If you’re at ALL interested in my fairly interesting father, there’s a bunch of past pages on this blog dedicated to him.

Here’s an entry about his brief career as a cartoonist