As promised last week…I’m back with more to say about something.

This is a conspiracy, to push male dominated super-hero movies aside in favour of these female friendly movies Hollywood makes every thirty years.

I, for one, am not putting up with it.

After two or three more trips to the theatre to see Wonder Woman a few more times, I’m boycotting the film until it comes out on Blue Ray.

Wonder Woman is one of my favourite characters to draw on sketch covers for conventions…here’s a couple of recent ones that turned out somewhat un-awful. 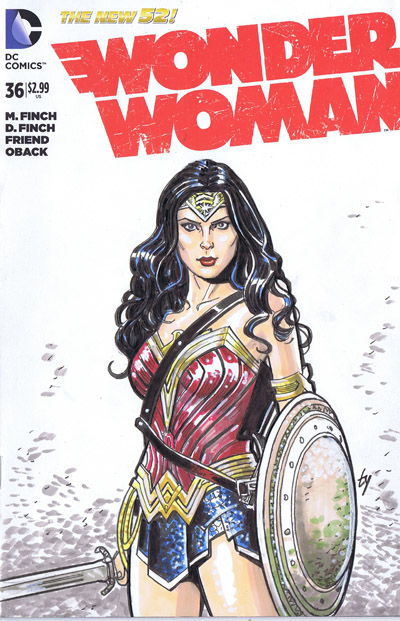 And while I’m comparing Harley, Catwoman, and Constantine’s movies to Wonder Woman’s…