So Saturday September 26 2015 is Batman Day! I’ve been invited to spend the day at One Million Comix in downtown Toronto. My current plan is to be at the store roughly 12 – 5pm. 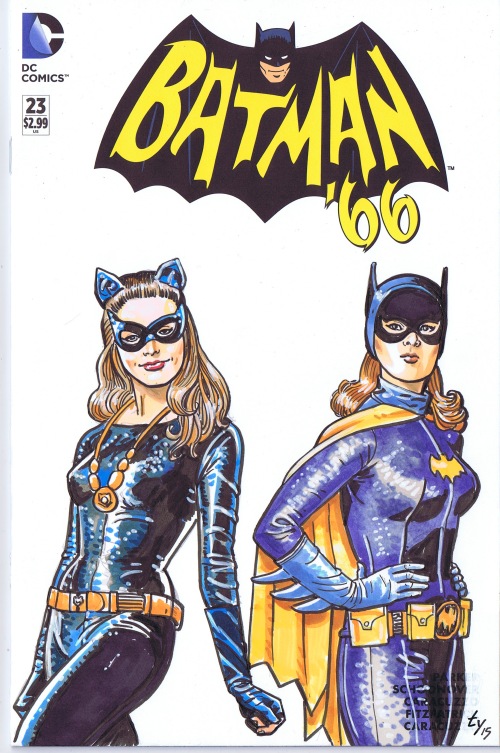 I’ll be signing books (bring your own or buy some at the store), and doing sketches. As it’s a limited period of time, obviously there’s a limit to how many sketches I’ll be able to do…so if anyone knows in advance that they’d like to get a sketchcover, you can send me an email at tybunny@gmail.com. Single figures are $60, two figures are $90, markers and copics. 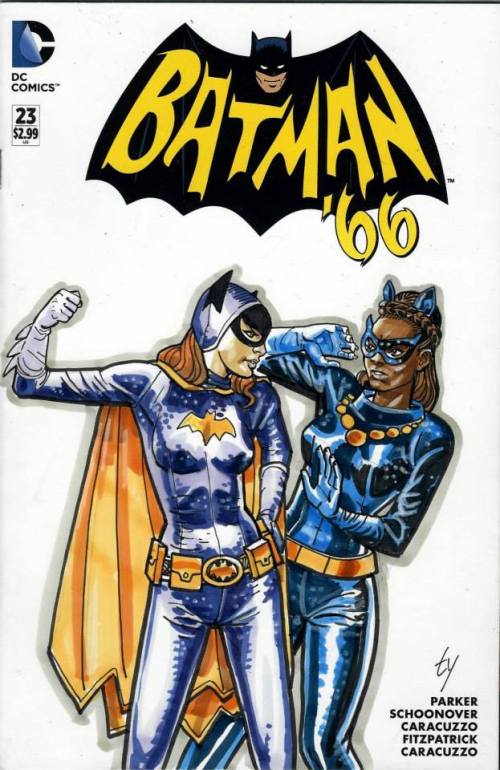 All covers will be available for pick-up ONLY at the comic store (531 Yonge Street, Toronto) on the day of the event. Payment can be in cash at the convention or you can PayPal me before pickup.

If you’re interested, send me an email at tybunny@gmail.com and tell me which blank, and what you’re looking for. I’ll confirm with you before I start anything.

I have these blanks available for use at this time:

Sorry folks, we‘re at Wizard World Chicago this weekend so Ty has no time to Bun Toon. See ya back here next week.

Here are a few of the pre-con commissions Ty brought with him: