Can I hop on the trend?

Okay.  So the MAN OF STEEL movie is making serious bank.  Obviously, there’s a public out there hungry for a cynical, terrifying Superman.

No one’s stupid enough to ignore that audience.  So…

Of course, we need David S. Goyer and a production company to make the money off these ideas…but there’s gold in there, Jerry!  GOLD!

And I think I want that Family Circus panel as a T-Shirt.

By the way, just so there’s no confusion.  I actually liked the MAN OF STEEL movie…

DC Comics is already ahead of the trend of the parent company.  This is from a recent World’s Finest, apparently. 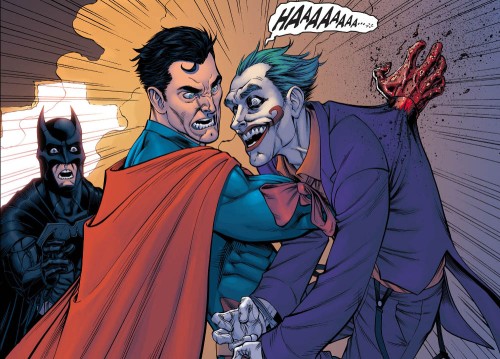 Optimism and honour in our heroes is SO 20th Century.

For the Man Of Steel Bun Toon Review, click here