If you’ll look up at the very top, it says Art Land, which suggests drawing, and paintin’ and that sort of thing.  But illustration is but a fraction of what I spend my day doing.  To be fair, most of the day is spent stopping my children from setting the furniture ablaze, but when I get a spare moment, in between drawing swinging Spider-Men and D’oh-ing Homer, I’m at the piano.  And when I’m not at the piano in my living room, I occasionally step out and play on a CD recording session or two. 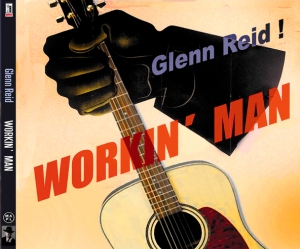 Don’t get excited, I’m not THAT good.  As I’ve said elsewhere, to untrained ears, I sound okay on the piano and guitar, but I have no illusions, I’m competent at best.  The trick is, to work a competent music career into a competent comics career, while no longer having my competent acting career.  (The brief time as a stage magician is for another day.) 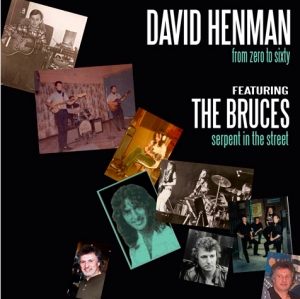 and I tend to play piano and keyboard on their albums sometimes because, well…they’re old friends, and I’m dirt cheap.  I also design their album covers, and promotional material, and….good lord, I seem to be an indentured servant around there!

Glenn’s latest disc is about to drop next month, and I just finished designing the cover last night (so I can’t show it off to you guys before Glenn sees it!), and in honor of that sleepless night, I’m doing a post about my secret identity as a musician.

I designed the various album covers, company logos and Glenn’s Christmas card you see all around you, and in exchange he lets me play on his albums.

And as a result, when Glenn had a NUMBER #1 COUNTRY HIT IN SWEDEN a while ago, he gave me the gift of having played on a #1 hit record!  Okay, it was in Sweden…and the country charts at that.  But it’s legit.  I’ve played piano on a number #1 record.  Has Mike Mignola done that?  What about Alex Ross?  Oh sure, they’ve designed Academy Award posters, and made movies, but the country charts in Sweden are notably absent of their names.  So there, nyah.

If you care to hear any of this, head on over to Glenn Reid’s site, where a number of his songs are listenable on live streaming audio to the right of the opening page.  When you hear a piano or keyboard of some sort on the record, it’s probably me playin’ it.   My favorite is Hank Williams Night (the runaway Swedish Smash Hit), but if you want to dance to the straight up zydeco funk of my kick-ass accordion solo,

you have to listen to “The Journey“.    Another recent favorite is “A Mother’s Son“, the cover art you can see to the right.

And I’ll let you know when the new CD is out.  The Swedes are putting their cowboy hats on as we speak.

Someday, I’m gonna find a way to digitize my one and only flexi-disc/comic book extravaganza called “TEDDY PAYNE AND THE BLUEBEARS sing EVERYBODY’S GOT A RIGHT TO THE BLUES“.  It’s a song I wrote, sang, played guitars, drums, piano and bass for (except for a lovely lead guitar part by the aforementioned David Henman.)  For those old enough to remember what a flexidisc is, imagine my excitement when I found my song was backed by a single by Alan Moore!  (If you’re lucky enough to find a copy of Critters #33, that contained the single, you’ll be hard pressed to find a turntable nowadays.  CURSES!)