I always hate my convention sketches.

1)  I don’t draw particularly well to begin with, and

2) I’m always seated near Leonard Kirk, the KING of the con-sketch.

Both of those factors lead me to cringe at almost every convention sketch I see scanned and put up online.  But this last weekend, I actually did a handful that didn’t suck. 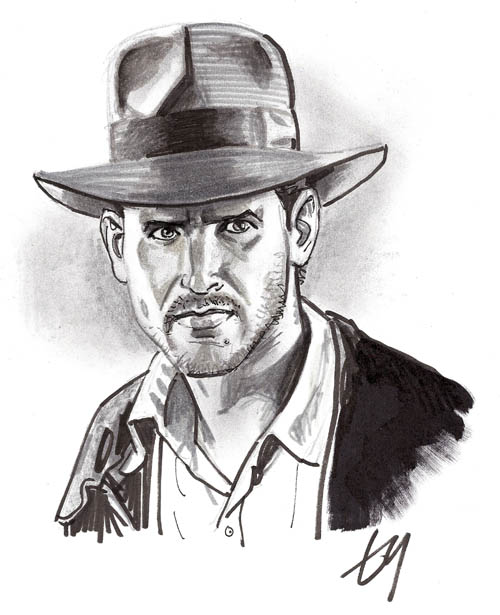 The above shot of Indiana Jones was done for a fan named Derek Jagt, who went around the convention asking all the artists for a drawing of Indy.  Obviously, I couldn’t draw one out of my head, but when presented with a reference photo, I did this in about fifteen minutes, with two grey markers and a Faber-Castell artist pen.  I’m not sure I completely caught Harrison Ford’s likeness as perfectly as I would have, given another hour or so, but what I like about it is the very casual line work all through the sketch.  When I do a portrait, I tend to tighten up, but this has some of that easy movement one might see in a Mort Drucker piece.  I’m not in his league, but every now and then, I can see what I’m doing to get there. 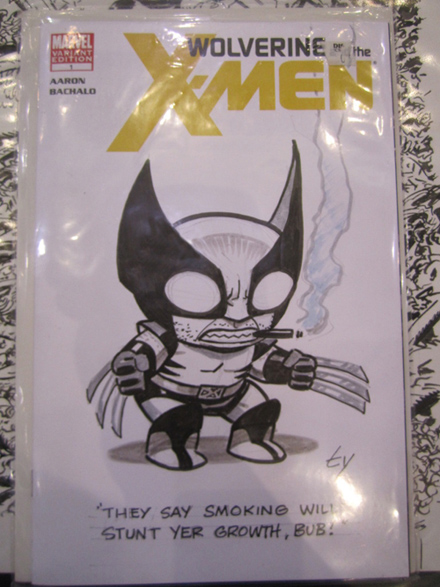 On the more whimsical side of things, here’s a sketch cover  I did for Jason Truong, a friend of the blog.  Whenever I do Wolverine, The Thing, Nick Fury or Howard the Duck, I always insist on the cigar, since they’re not allowed to smoke in the comics any more.

Even if it’s Chibi Baby Wolverine.  He’s a mutant, he’s got the healing power for when he starts coughing up the phlegm.

There were one or two others that didn’t suck from the weekend.  I did one with V for Vendetta that wasn’t awful.  But I don’t have a scan of that one.

Back to drawing in my home studio…where I get to use an eraser and white out if I don’t like how it’s going.

I’m serious about not sitting next to Leonard Kirk at a convention if you have any pride.  Look at the sort of thing Len considers a “con sketch”. 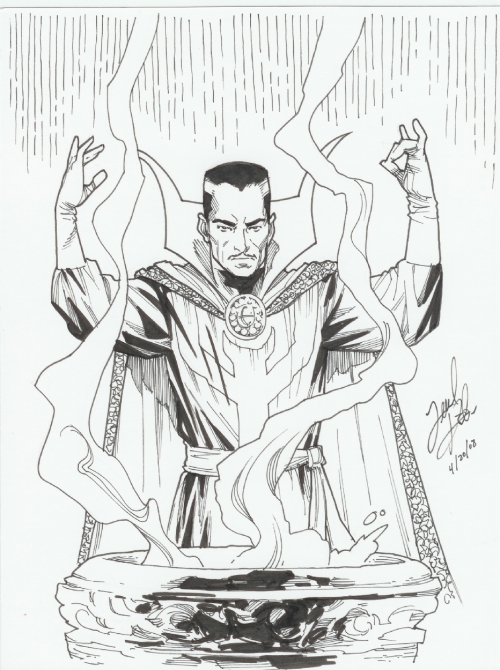 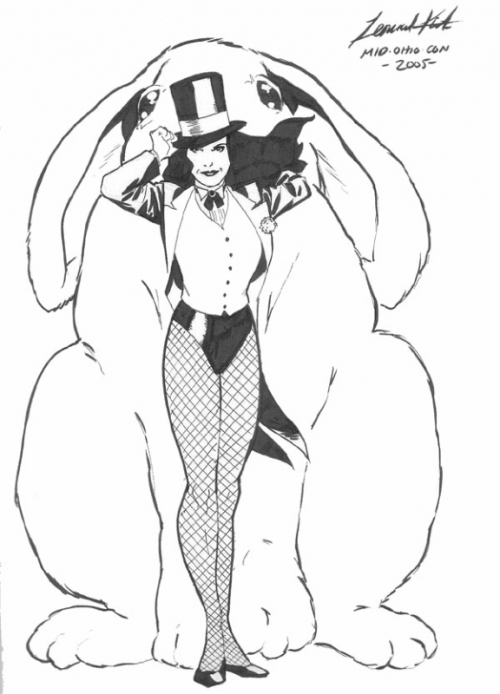 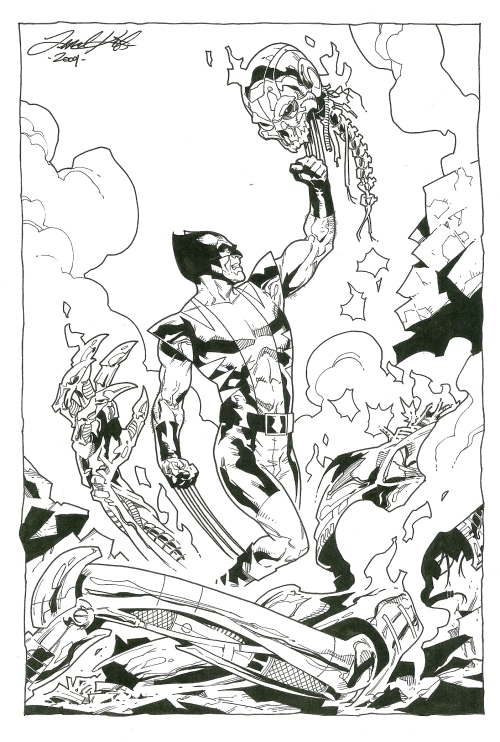 It makes you want to break his fingers, except he’s a very nice guy.  GRRR.