Up, Up and Out of Here Bun Toons! YAY! 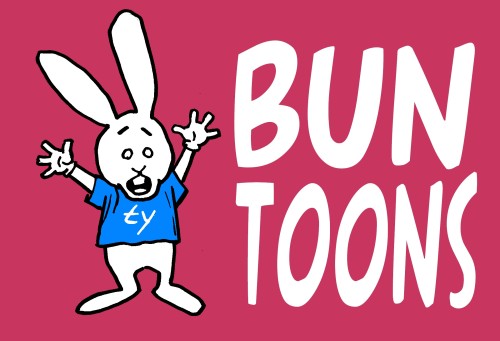 Superman is to Kryptonite, as Bunny is to….?

It really did strike me as odd how little attention was paid to the latest death of the Man of Steel.  I suppose since he (SPOILER SPOILER SPOILER) died in the movie version, this is technically his THIRD big death, and the second one this year, which does add a sense of the familiar every time he checks out.

As someone who’s died a couple of times myself, I know how dull the third one can be.  Personally, I slept through it.

When I was a kid, my father’s two heroes were Gandhi and Muhammad Ali.  My dad was an amateur boxer in his youth, so I think he might have had a slight preference for Ali, but those are two good choices.

Mine were Batman and Superman, because they were the first ones I read about.  Then I read about Ali and what he’d done during the Viet Nam war.

Then he joined my Justice League. 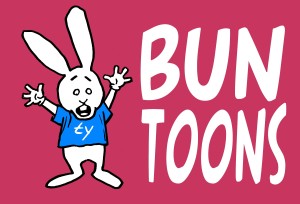 For the Bun Toon Archive of years past, click here.

If you live in the Toronto area and are interested in learning to write and draw comic books, click here.