Where No Bunny Has Gone Before! YAY

Live Long and Hop Around More.

Last week, mere moments after I posted the Bun Toon, I headed out to my local theatre and took in the latest Trek Movie.  This week (with very very slight spoilers), I report back with…

Beyond turns out to be my favourite of the last three NuTrek movies.  Maybe because it wasn’t so ambitious, and maybe because they got Spock and McCoy bang-on-bullseye for all their scenes, but it “felt” right, and I was grinning the whole time.   I’ve warmed to the Earth-2 crew, even the new Kirk, though he’s the only one that still doesn’t “feel right” to me.  The rest of it was delightful.

It’s nice to see Trek back on track for the Fiftieth Anniversary coming up in less than a month.  With a new TV series, and other little things here and there, there’s much to celebrate for this old Trekkie, including a return to doing NEW Trek related projects that I can’t talk about in public quite yet…but I promise, I shall shout and howl and promote like crazy when I’m allowed to.  (I probably wasn’t even allowed to say as much as I just did.)

So forget I said anything.

I can’t wait for the next Trek Movie, already announced…with the GHOST OF KIRK’S FATHER!  BOO!

A few days ago, another one of my heroes passed away at the age of 91:  Long time Mad Magazine legend, Jack Davis. 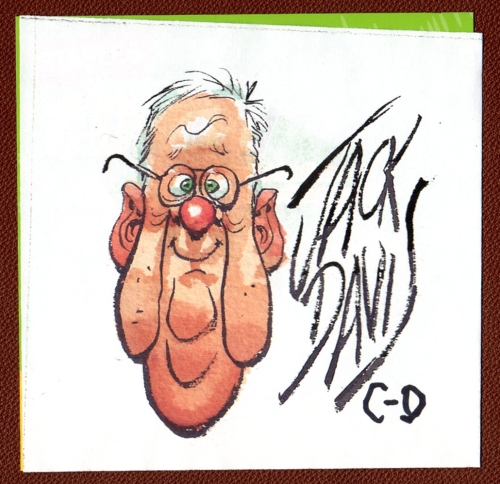 I first encountered Jack, like most of us did, in a Mad Magazine when I was about nine or ten.  He was one of the “gang of idiots”, the cartoonists’ cartoonist, whose casual excellence, and confident line work has been a primary inspiration in my career. 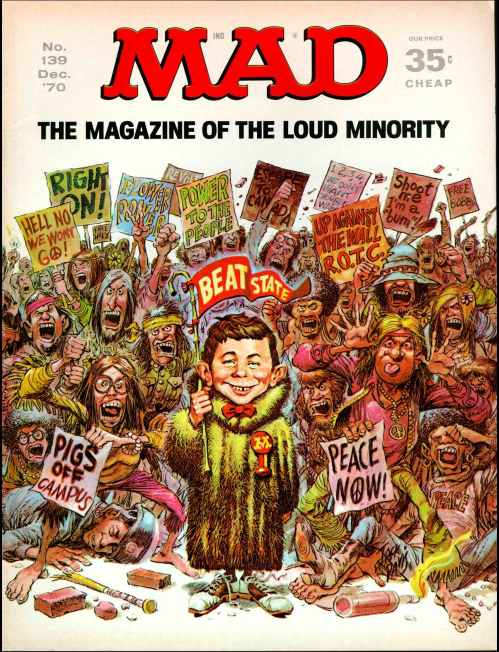 In my twenties, I consciously tried to draw like Wally Wood, Neal Adams and Jack Kirby, but some years ago, I realised that SUB-consciously, I always draw like Jack Davis.

At least I do when I’m at my best.

His aesthetic, his line, his easy precision, and his lack of pretension, worked together to create what I consider the perfect “cartoon” style of the 20th Century.  It was accessible, and impossibly skilled at the same time.  There was something about the way he seemed to splash colours or tone on his drawings as though he had only minutes until a deadline, and yet EVERYTHING looked like it was in the right place.  The effect was magnificent, and obviously in high demand as Jack did a heck of a lot more than Mad Magazine. 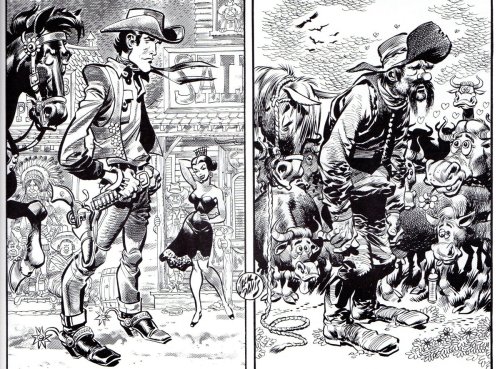 When I finally got good with a crow-quill, I went to Jack Davis art for instruction on how to create all those fabulous textures and tones. It’s a master class on how to make crosshatching and greys work in illustration.

Around the age of nine or ten, I noticed the same guy who was killing it in Mad Magazine, was the guy that did those fantastic TV Guide covers, and those wonderful movie posters, and those album jackets and those back cover adverts.  Jack Davis was everywhere a cartoonist was called for, and no one ever did it better.

Here’s a gallery of some of those MANY TV Guide covers, not as often seen as his Mad Magazine or Time Magazine covers. 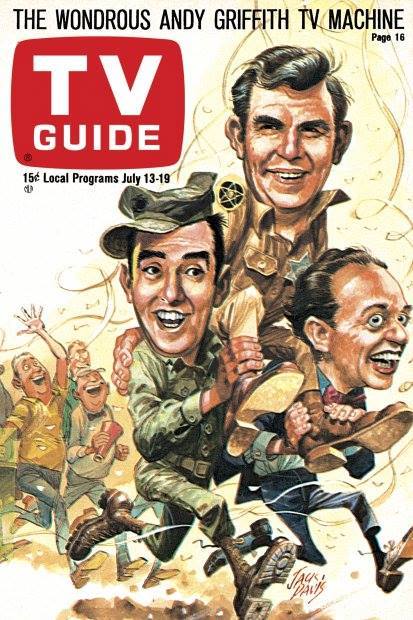 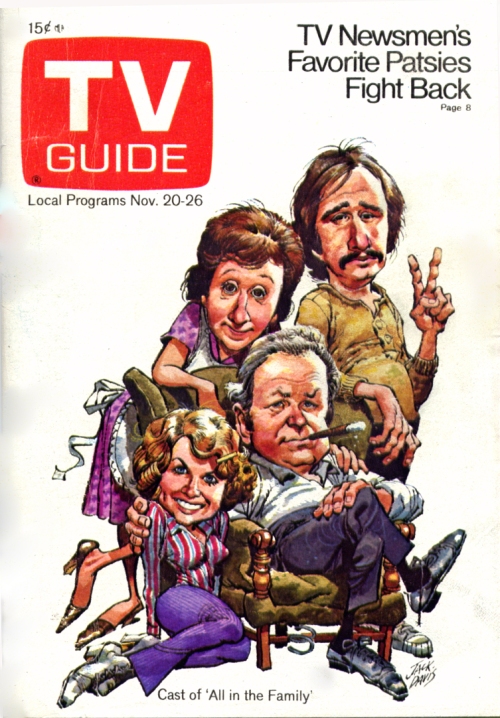 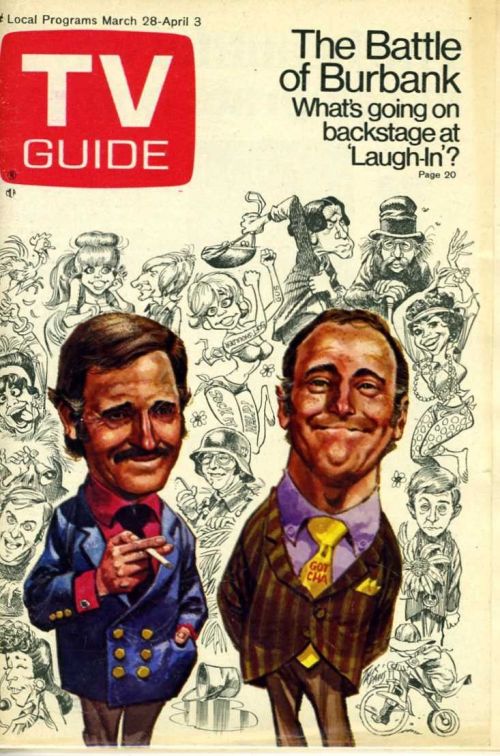 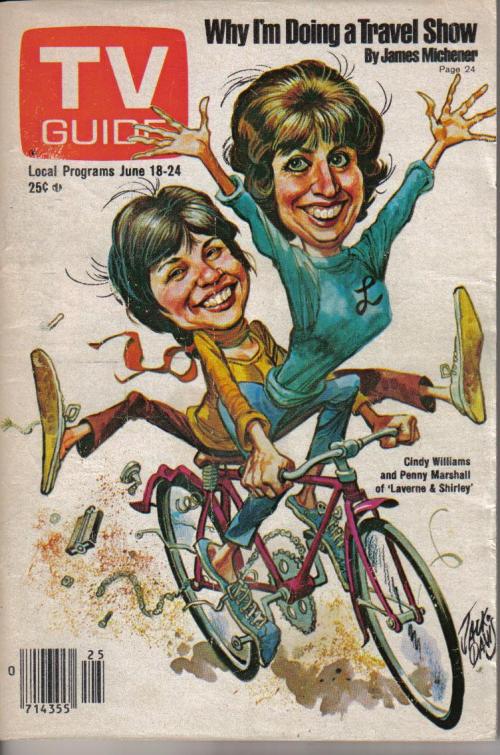 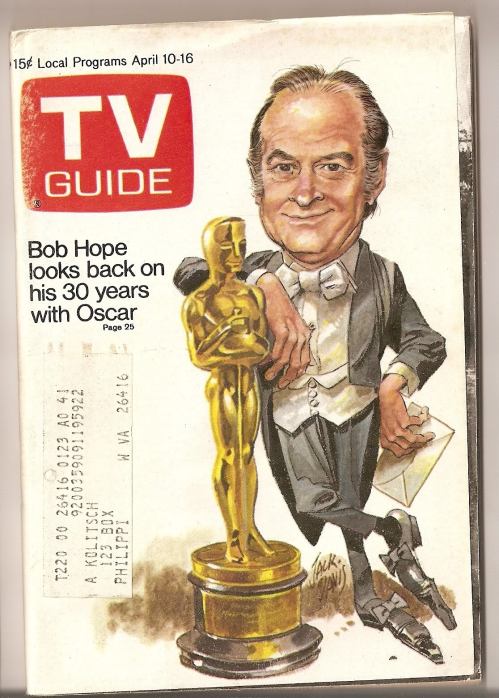 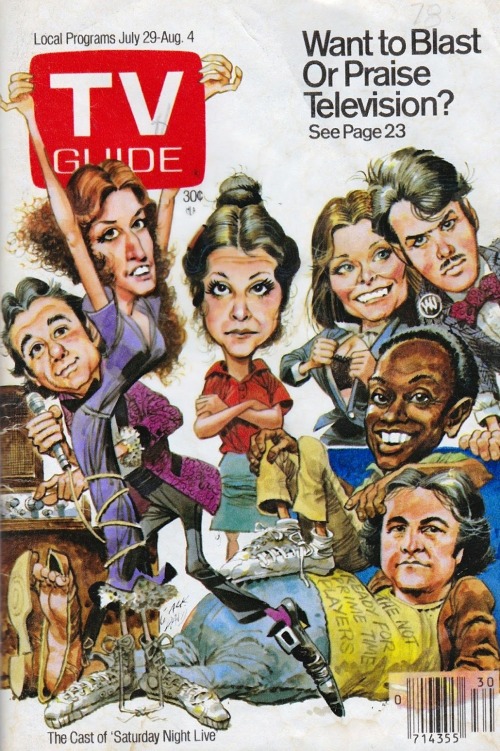 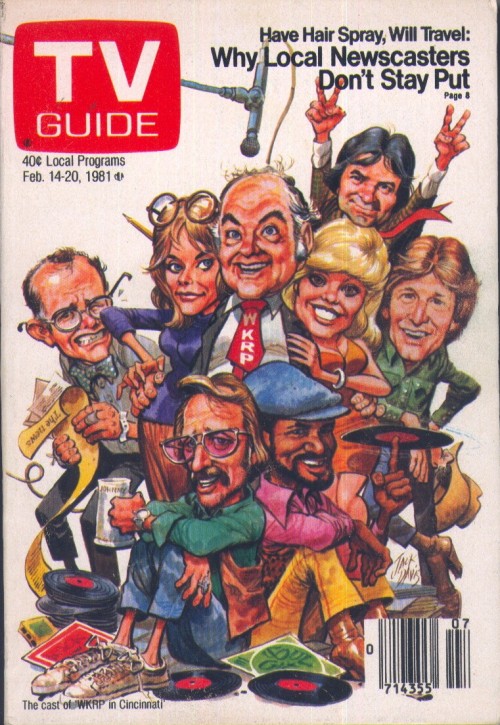 Last week, the Bun Toon FEATURED artwork inspired by and swiped from Jack Davis.  I was still using him as inspiration as recently as seven days ago.

For the Bun Toon archives of years gone by, click here. 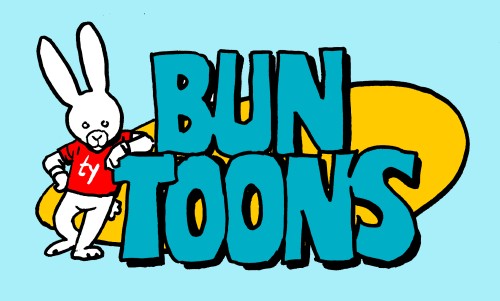 There’s so many Comic Book related TV shows on the air this season that a dedicated fan cannot keep up.

But worry not, I am here to make sure there’s nothing you’re not privy to…here is…

It’s actually a hell of a show, pun intended….and but for the empty vessel of an actress playing Zed, they’ve won over the viewing audience at casa Templeton-Smith.

Who says this isn’t the DC age of odd TV?

Your bonus moment today is completely unrelated to Constantine or sorcery in general, except the kind of sorcery you get with cleverness.  I recently came across some of my artwork being used on one of the most wonderfully fun websites on the internet called SUPER-TEAM FAMILY: THE LOST ISSUES!  Here’s the image… 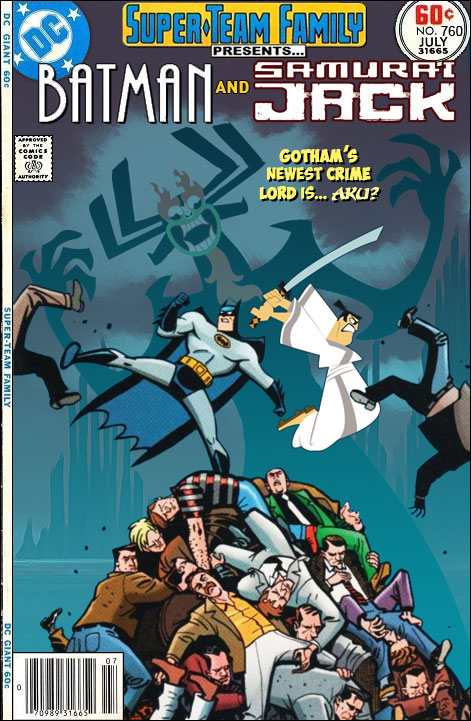 That’s my cover from Batman and Robin Adventures #20 being used, only the original DID NOT have Samurai Jack on it…that was added by the fun team at SUPER-TEAM FAMILY: THE LOST ISSUES.

Here’s another one they did, using artwork I drew from the famously pulped Elseworld’s Annual some years back… 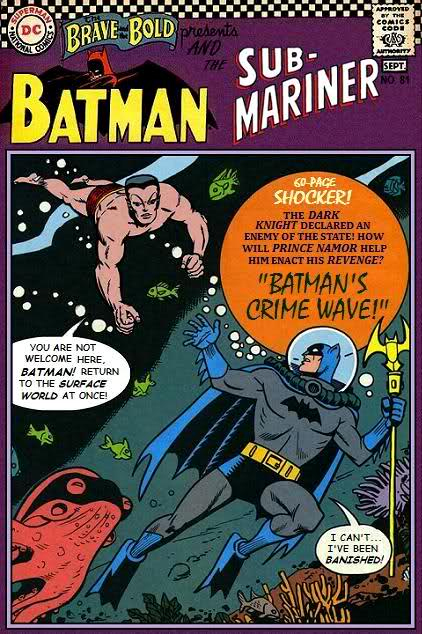 Holy cow!  That’s a Jack Kirby Namor added to the artwork!  That’s too much fun. 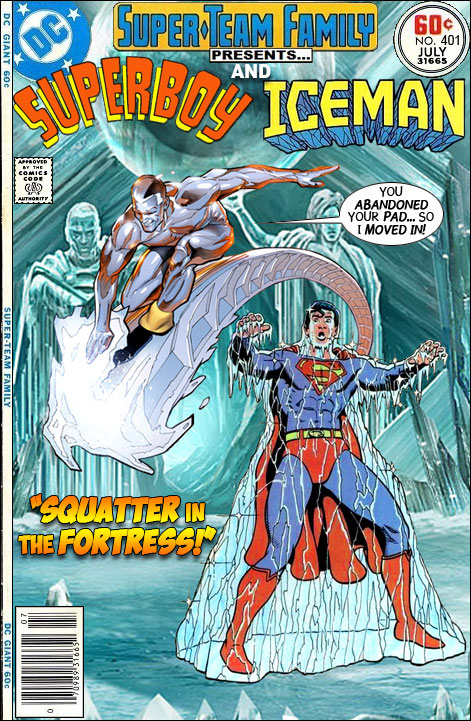 There are HUNDREDS of these covers over at the LOST ISSUES website (only a dozen or so use images from comics I worked on, though), and every one of them is a grand hoot.

Go, check ’em out if you haven’t already! 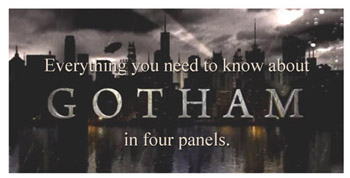 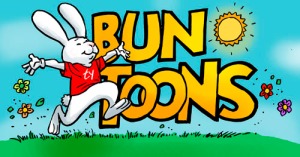 Because Money Penny is roughly what this blog earns me every year.

I took my daughter to see Skyfall last week.  I know I’m a month behind the curve on movies, but this was my daughter’s first ever James Bond movie, and that made it special.   Thanks to this Danny Craig fella, there’s a whole new generation of Bond fans who may not know the intricate history and delightful details of this half-century old franchise character as well as crotchety old fanboys like me.

So today, I explain it all for the MI6 Newbies.

And everyone knows Spider-Man is better than Batman.  At least that’s what the paycheck says this month.

Speaking of which, I better get back to drawing the web-slinger!  Duty calls! 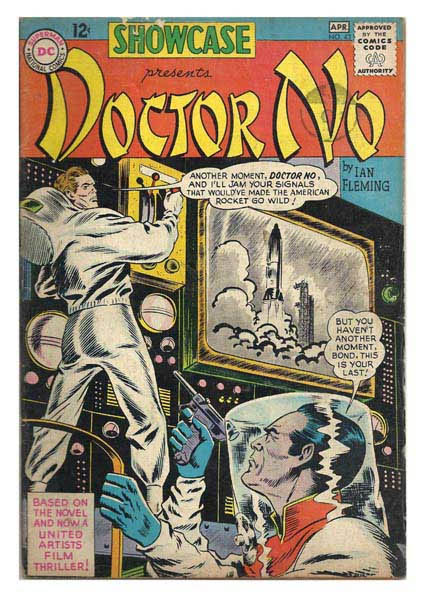 The first James Bond comic book ever, and DC had it!  For one brief shining moment, we could have had a Batman-Bond team up! 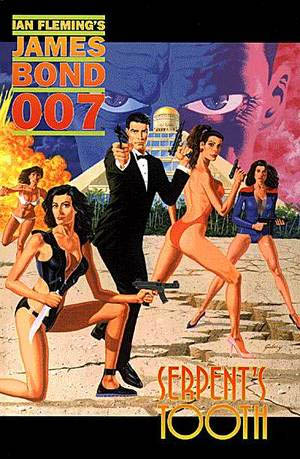 If you can get over the odd giraffe ladies that populate this book, this was, hands down, the best of the many James Bond comics produced ever since. By the prolific 70s-80s team of Moench and Gulacy. 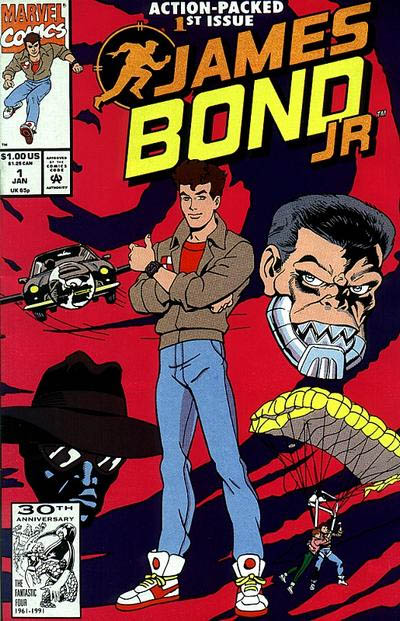 The semi-ghastly cartoon series “JAMES BOND JR.” from the early 90s was my only professional involvement with the BOND franchise. I storyboarded a couple of acts for some TV episodes of this series. But as odd (and unsuccessful) as this spin-off was, I still like that I dipped my toe into the Bond-Verse just the once.