THE TOP SEVEN REBOOTS IN SUPER-HEROES

In 1972, Dave Cockrum and Cary Bates, took the Fifties-style small town teens from the future and made them the sexy teen swingers of the Seventies.  Then Bates along with Mike Grell turned them into THE comic for teenagers with a libido.

PROOF THE REBOOT WORKED:
They went from minor back-up series to pushing Superboy out of his own title within a few months.  See what showing a little more skin can get you, girls?

My favorite “teen” super-hero team ever.  Every now and then, I consider asking the wife to dress up as Seventies Saturn Girl, but that would be wrong.

SATURN GIRL: BEFORE: Wooden and uninteresting. AFTER: Vavoom!

With issue 16 we find out that everyone left from the original team is quitting and they’re handing the mansion, and the name “Avengers”, over to a bunch of B-level bad guys as a sort-of “halfway house” for super-villain reform.  They do leave Captain America behind as their keeper, but to be fair, Cap wasn’t an original Avenger either….

So instead of a team with just the “Marvel Big Shots”, it became a team soap opera about the entire Marvel Universe, where anyone could join… reformed villains, minor league players (with canceled titles), big stars like Thor and Iron Man, as well as members of the FF, X-Men, New Warriors, and Defenders, were welcome.

PROOF THE REBOOT WORKED:
Check your comic collection and the best-selling sales lists every month and get back to me. 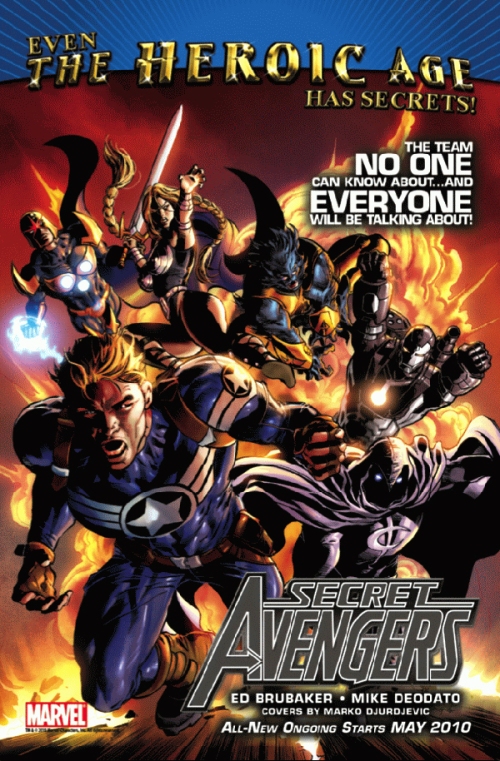 And six zillion other titles out this month

No matter how much we might retroactively enjoy the Jack Kirby issues of the Golden Age Green Arrow, there’s NOTHING about that character to attract your attention.  He was a cheap ass imitation of Batman–a millionaire crime fighter with an obsessive gimmick and a sidekick- where the writer need only substitute the word “arrow” for “bat” and VIOLA!  You had a Green Arrow story.

Is that the Arrow Signal? Let's hop in the Arrowcar, and leave, trusted boy-assistant!

Arrow-crap, fans.  But then along came Cary Bates and Neal Adams in Brave and Bold #85, fall of #69, and Green Arrow was completely made over. 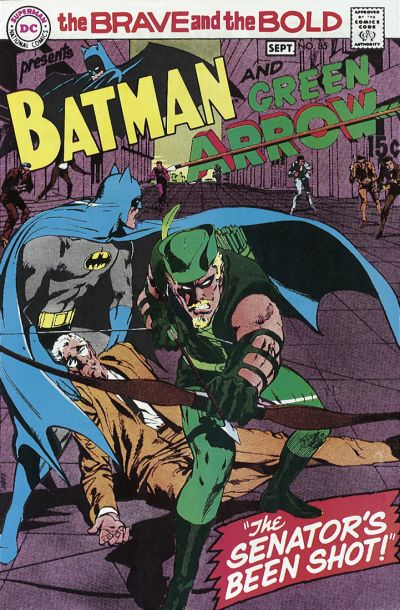 The start of the "relevant" comics of the Seventies.

He looses his millions.  He becomes a loud-mouthed left wing rant-machine, with a chip on his shoulder for the down and trodden that he’s more or less held onto until this day.  Besides growing a funky beard and silkier threads, the Emerald Archer gained political awareness and was used as a voice for various writers to dig into their liberal or libertarian bent.  It made Green Arrow actually INTERESTING, and he remains that to this day.

I know people with Green Arrow tattoos, and it’s ALWAYS this version:

What sort of a pussy would tattoo the Golden Age Green Arrow on their body?

The reboot was a little more than the yellow oval.

For the first thirty years of the Batman franchise, the Caped Crusader  spent MOST of his time fighting giant blenders and oversized pool tables, or aliens with transmutation rays, and time travelers. The Adam West Batman TV show was a faithful reproduction of the Batman comics of the fifties and sixties, not a spoof of them.
But after the big payday provided by that TV show, Bob Kane, the original coordinator of the Batman studios, finally retired and passed the editorial decisions onto DC more directly, and the “New Direction” Batman was born.
At first, the changes were fairly slight, mostly just a yellow oval around the bat-symbol.  But at the start of the Seventies, the team of Denny O’Neil, Frank Robbins, Irv Novick, Dick Giordano and Neal Adams, re-imagined Batman as a scary-as-bat-shit street fighter with a grim attitude about the world.   They dropped Robin off at college, closed up the Batcave, moved downtown into a penthouse apartment, tossed out the Batmobile, and made Joker into a homicidal maniac.  Hmmm…that’s chocolately bat-goodness all the way. 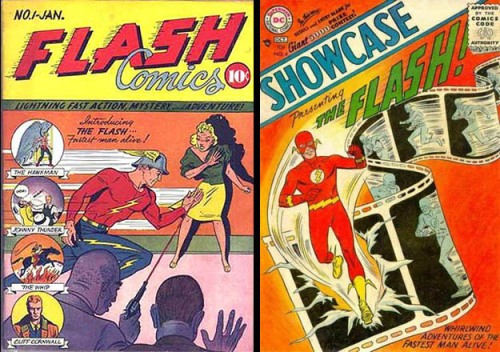 The rebooting of comics itself for a new generation is often credited to Showcase #4, which introduces the all new FLASH into the modern era with a spiffy new jump suit, and no more goofy helmet.

My wife's favorite Super-hero costume is Green Lantern. Make of that what you will.

It’s quickly followed by Green Lantern’s spiffy new jump suit and no more goofy collar, then the Atom, Hawkman and the Justice League follow quickly behind…all under the watchful eye of editor Julie Schwartz.  As much as I like the quirky old Golden Age versions of all these characters, I doubt I’d be that big a DC fan without the dawn of the Silver Age.

PROOF THE REBOOT WORKED:
Fifty years later, you can’t kill these Silver Age versions.  The fans consider them “definitive”, no matter what.  Long periods of oblivion, retirement or dishonor is nothing to these guys, who can come back after mass murder, marital infidelity, suicide, and crumbling bones. 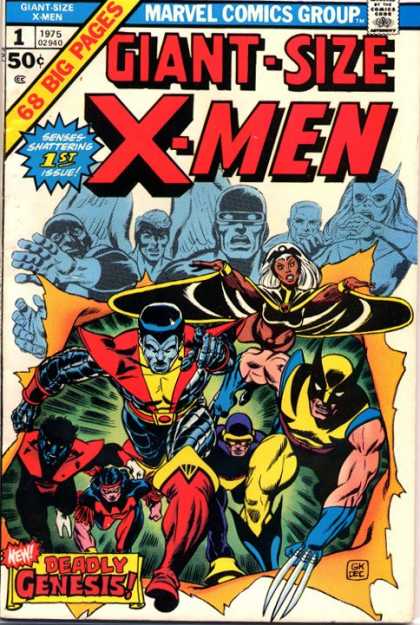 Behold, the license to print money.

This issue saved the X-Men franchise—five years dead at that point… having had so few fans, it had once been canceled while Neal Adams was drawing it.  Len Wein and Dave Cockrum (again!) created a new generation of X-Men who quickly took over as the definitive X-Men for everyone currently breathing.

PROOF THE REBOOT WORKED:
Besides the landslides of money, you mean?  Later on, Marvel tried re-launching the original line-up of X-Men under the name “X-Factor” and fans still preferred the new guys two to one. 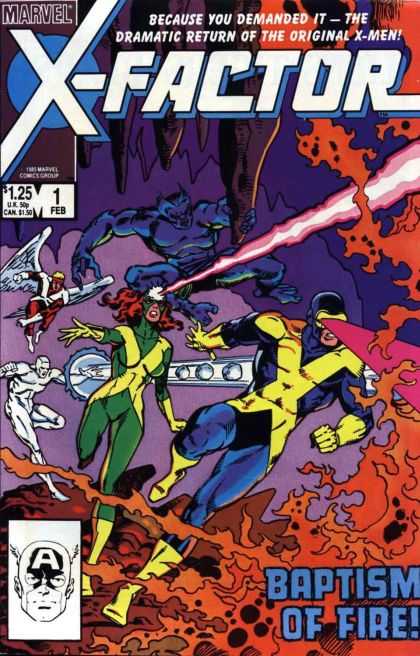 Whoops. It turns out the problem was us all along.

PROOF #2:
This worked so well, a couple of years later, Marv Wolfman and George Perez lifted the plot almost scene for scene to reboot the tired out Teen Titans franchise with a new generation of characters.

An entirely original idea, we promise. 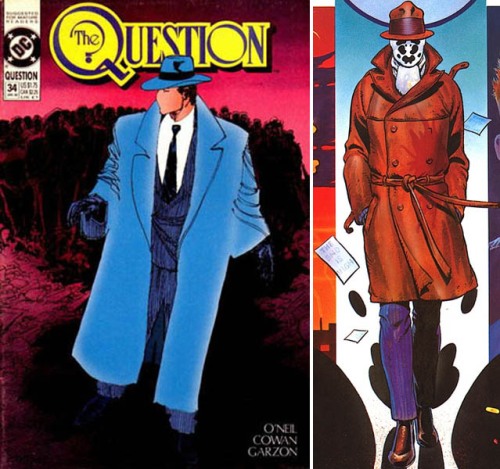 Quick quiz: Which one of these is popular?

The Charlton Super-Heroes are purchased by DC and rebooted by Alan Moore and Dave Gibbons into the best selling graphic novel of all time.  If  Moore and Gibbons hadn’t killed off so many of the just-purchased trademarked characters in their mini-series, they might have been allowed to use their real names.

PROOF THE REBOOT WORKED:
DC tried their own version of Watchmen, by collecting the original incarnations of the Charlton Heroes together in a mini-series called “THE L.A.W.-Living Assault Weapons” ….No one on Earth read it.

There are many reboots/redesigns that didn’t make the list.  Doctor Who, James Bond, the Wally Wood Daredevil costume, even Wonder Woman herself had a lovely re-imagining at the hands of George Perez, but I start with a limit of seven, and these are my top choices.  If you disagree, I’ll happily refute you in the comments section, but I’m fairly sure I’m right, as it’s my blog and I always win.

TOMORROW:  A preview of the new comic series I’m working on!