The winter solstice is upon us soon, and, unless that Mayan Calendar is to be believed, Christmas is leaping up quicker than a tiger at a steak convention.  For a half-Jewish atheist from Canada, it’s a special time of a year for me and my family.  So I share…

Yes Virginia, there is a Prince of Darkness.  But he’s not worth the bicycle.

I wonder if the snow falling on this Bun Toon will put out the fire in Lucifer’s heart?  We can only hope. 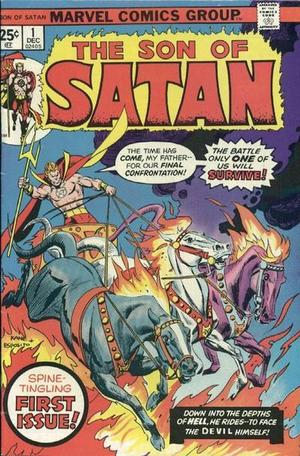 It is not well known, but the SON OF SATAN comic book produced by Marvel Comics in the mid-seventies was the result of a typo.  It was originally going to be marketed as “SON OF SANTA”… 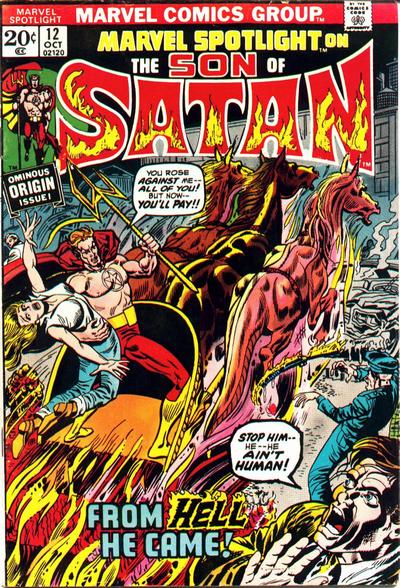 …which is why Damian’s sled is always being pulled by hell-beast versions of Dancer and Prancer and Blitzen.

For last week’s Bun Toon about the Fantastic Four, click the Invisible Woman above…what do you mean you can’t see her?

For every Bun Toon ever (and yes, the archives have been updated!) click the very positive bunny above.