Remember to vote, or the terrorists win.

We’ve heard it all….the economy, the dog-on-the-roof, the birth certificate and the bully haircut.  There’s so many important issues to help Americans decide the way to vote on Tuesday, but the most important issue is never discussed.

Oh, I suppose, health care and women’s rights matter, too, but it’s about priorities.

Go vote, and let me know how it goes on Tuesday…I’m Canadian, and we don’t report on the elections up here.  There’s hockey scores to talk about. 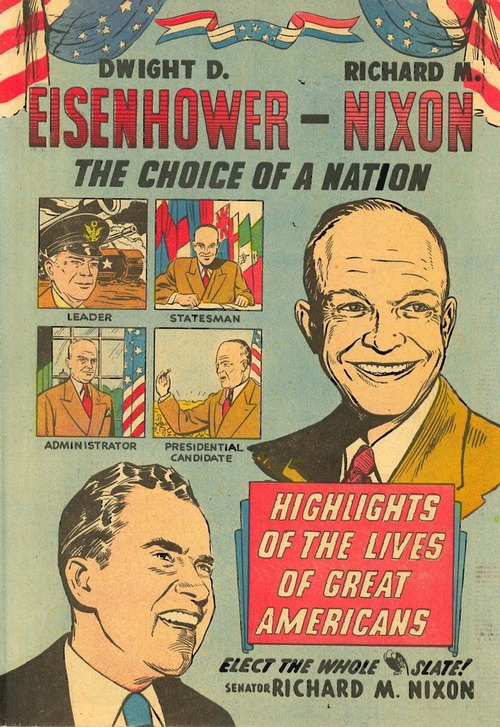 Oh, that my comic collection included this gem….

A comic book by political columnist Greg Palast, and some Kennedy kid, about insisting on your rights at the polling booth. It’s like comics are educational, or something.

For the Bun Toon Archive, with every Bun Toon updated (until about five weeks ago, because I’m terrible at getting around to it)…click here.

The American mid-terms are here, so I get political.

It’s well known that Barack Obama is a comic collector and SF fan.  Considering that he tosses Trekkie references around like dollar bills in a strip bar, and hangs with Superman and Spider-Man in his off hours, it might be where Obama got the idea to run for President in the first place (unless you count that lifetime of public service and constitutional scholarship). 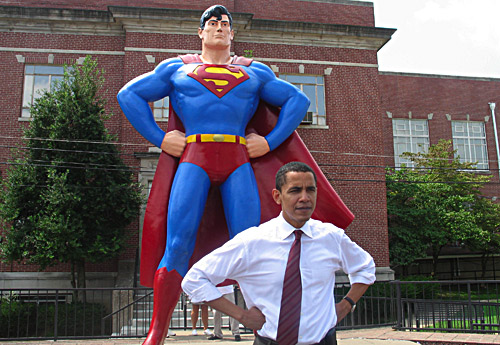 Quick Quiz: Which one can bend steel in his mighty hands?

For decades Black Presidents were delightfully commonplace in SF as an instant shorthand for “we’re in the future” because, well, it’s not happening in the present.  Along the way, it may have actually helped make President Obama a reality, as less enlightened people got used to seeing heroic Black Presidents in the Science Fiction world.   (NOTE:  It also helped that the current President had a lifetime of public service and constitutional scholarship.)

But now that the world of the future is here, Sci Fi is going to have to turn to Asian bisexual atheist  Presidents to play the same “it must be the future because it ain’t happening now” game, which leaves Margaret Cho giddy with anticipation and us, taking a last look at a staple of 20th Century sf-fantasy fiction.

THE TEN MOST IMPORTANT BLACK PRESIDENTS IN SCIENCE FICTION and FANTASY. 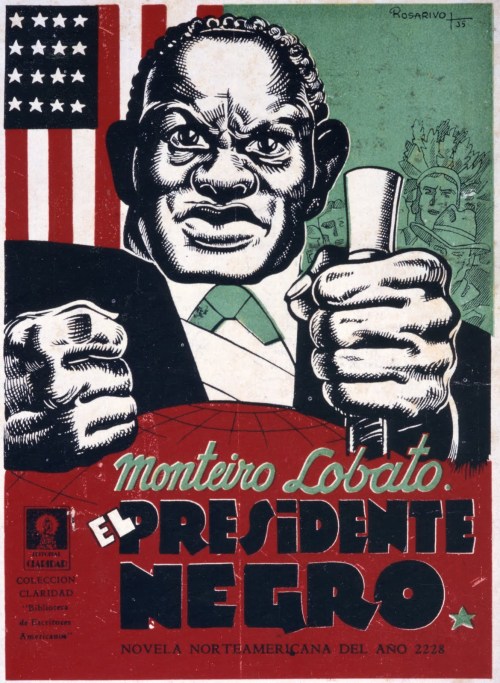 Is it just me, or is this Danny Glover?

This Brazilian SF novel authored by Monteiro Lobato, may be the first of the Black Prez genre.  The story chronicles the election of 2228, in a United States that had practiced eugenics and forced segregation for centuries.  Wilde’s opponents were a crotchety old white soldier, and a feminist white woman.  Clearly Nostradamus jotted down the plot for Monteiro after having fever-dreams of Obama, Clinton and McCain.  Of course, considering when the novel was written, it ends with President Wilde murdered on Inauguration Day, and a horrible race war breaking out, ending the United States as a functioning country.  Whoops.  Let’s hope the Nostradamus stuff isn’t THAT accurate.

Originally a political thriller written by Irving Wallace, “THE MAN” the tale of a African American President Pro Tem of the Senate who ascends to the actual Presidency when a freak “King Ralph” type accident kills all the people ahead of him in line.  It was also adapted to an excellent film in 1972.  Though there are no hard SF elements in the story (other than it taking place in the future), it still counts on this fantasy list because
1)  In 1964, a black president was still a distant fantasy…
2)  The screenplay for the ’72 film was written by Rod Serling, king of the Twilight Zone, and…
3)  The movie president goes on to be DARTH F***KING VADER. 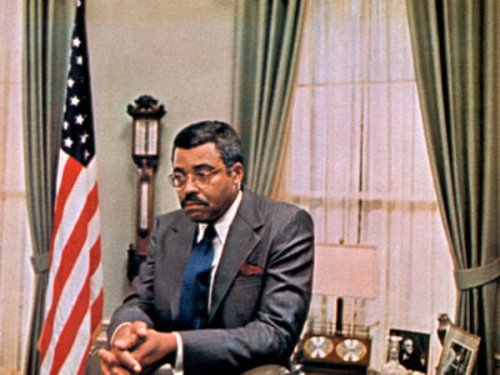 Barack Obama...I am your FATHER!

In Wallace’s novel, there’s a failed assassination attempt on Dillman, and then congress impeaches him for Presidenting while Black.  Serling’s screenplay ends quite differently, with Dillman winning over his cabinet, and vowing to be legitimately elected to a second term.    I credit Rod Serling for realizing the world was ready to see the character as hero, rather than victim.
–

No, it’s not about Marion Barry in orbit (Hah! That joke never gets old –  ask Jay Leno!), it’s a novel about Jim Briskin, a conservative African American running to be the first black President of 2080, in a USA where some ethnic folks are put in suspended animation to keep the streets less crowded for the white people.  A parallel dimension has been discovered where humans didn’t evolve quite the same way we did, and Briskin plans to invade this mirror world with an army of non-whites, who might enjoy waking up from ice-sleep and subjugating the cavemen. Briskin survives his inauguration without an assassination attempt, so things are looking up for the automatic assumption that Black Presidents get shot at – but Briskin is a bit of a racist dick about half evolved proto-humans from Dimension X. (NOTE:  That was ironic.)

This obscure cartoon SF series from the 80s is the FIRST time a Black President was shown on TV, without it being a comedy sketch with Richard Pryor or Eddie Murphy in it.  In episode #12 of the series, evil bad guys try

kidnapping President Rogers and the cartoon super-team leaps in to save him.  Rogers doesn’t do much beyond not being kidnapped, but the production company scores points for for putting the idea of the African American President on TV, and into the minds of young kids, over twenty years ago before “24” thought of making the president black, and then shooting at him a lot.
–

Lawyers from the future. I have this nightmare all the time.

This embarrassingly short lived TV series about lawyers from the future (2030) ran on CBS for four weeks in 2004 before the plug was pulled.  Who knew that “virtual space-rape trials” weren’t a ratings bonanza?  Normally, hyper-speed cancellation would make nothing from this show the “most important” anything, but the Black President on the show – I swear to god – was Oprah Winfrey.  And her Vice-President was a gay, disabled old man.  Respect.

Black WOMEN Presidents also show up in the 1980 short story “OVER THE RAINBOW” by ROBERT Heinlein and the recent TV series LIFE ON MARS, which heavily hints that Malia Obama is President in the year 2035.  In 25 years, I’ll bet Malia could kick Oprah’s ancient ass. 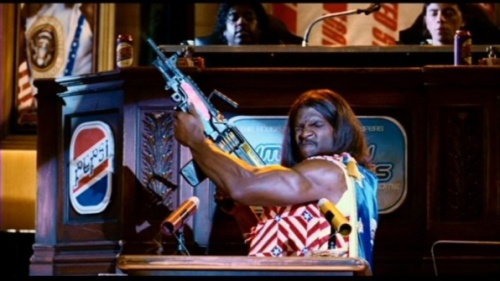 We call this the .33 caliber veto

Five hundred years in the future, the dumbing down of our society has made every living soul on Earth mentally disabled.  A barely competent librarian and a barely competent prostitute awake  from a suspended animation experiment (started in the 21st Century), and end up the two most brilliant minds in humanity as a result.  Well-toned Black President Comacho (played by NFL athlete/actor Terry Crews) is at least smart enough to recognize his own shortcomings and appoints the librarian as Vice President, hoping he will save the USA from the disasters of recent years.  Considering the level of pure stupid from every other character in this movie, President Comacho’s is comparatively smart, and this counts as another positive portrayal.  Written by Mike Judge, of OFFICE SPACE and KING OF THE HILL fame.

Like everything in this film, the president was designed by Moebius

This is the first entry for the string of “Disaster Black Presidents” that has become the current role for our Science Fictional African American Overlords.  Lindberg wasn’t just President of the USA, he was President of the Entire Freaking World, and a force of pure evil is on the way.  We know it’s coming, as it phoned ahead.  Screw meteors and ancient Mayan predictions, this is a tough day at the office for anyone, but (Tom Lister Jr. as) President Lindberg has Bruce Willis around to help.  Without a bona fide action hero on hand, Lindberg may have been the last Black President.  Thank god for Willis.
– 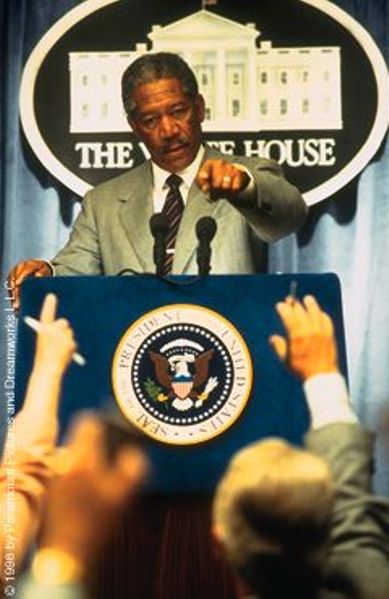 We're all going to die. Next question?

Deep Impact is a film about an extinction-event sized meteor heading for downtown New York.  It came out at the same time as Armageddon, a film about an extinction event sized meteor heading for downtown New York, but Armageddon had Bruce Willis in it (see previous entry) so everyone survives.  In DEEP IMPACT, the lack of Willis causes half of humanity to die, which gives Morgan Freeman a lot of opportunities to say reassuring, fatherly things as everyone croaks.  Good for Freeman’s career, bad for the human race.

Voted the Second best movie president of all time by a MOVIEFONE poll (after Michael Douglas in “THE AMERICAN PRESIDENT” ), Freeman’s performance clearly inspired the style of Non-Science Fiction Black President Dennis Haysbert in: 24.
–

Another Black President that looks like Danny Glover. What are the odds?

This was written and filmed before Obama won the White House, so it was far more about stealing Morgan Freeman’s act than Barack’s.  Danny Glover does all right as President during the planetary disaster and ark building, right until an aircraft carrier comes flying at his face, the stopping of which the secret service refers to as “not part of their job description”.  Special points:  The flying aircraft carrier is the Enterprise, first introduced to the world in the film STAR TREK IV, unless you count the forty years it was in military service before that.  To be honest, I fast forwarded through most of this, waiting for landmarks to blow up, so I don’t know:  Does President Wilson ever complain that he’s too old for this shit?
–

The President as a pretty, pretty man.

This is probably the end of the SF African Commander-in-Chiefs as shorthand for the future – they’re already hedging their bets and making Blair Underwood half-Hispanic.   Shortly after being elected, Martinez discovers the government has a community of aliens they’ve been keeping secret for decades and he’s almost assassinated for finding this out. For a change, it had nothing to do with skin color.  Blair is playing this character as a regular President (albeit a young, hot, pretty one) and not a speculative, it-can’t-happen-yet character for the future.  More “Obama” than “Oh Wow”.

The point of science fiction is that it stays ahead of the curve.  Now that the world has figured it out, and caught up to what was once just sf and fantasy,  here comes Margaret Cho.   Take bets on it.

There.  That was the least political blog entry this close to the mid-terms you’re ever going to read.  I went fifteen hundred words without ever mentioning that Republicans are a collection of lunatics and monsters.  See you tomorrow for BUN TOONS. 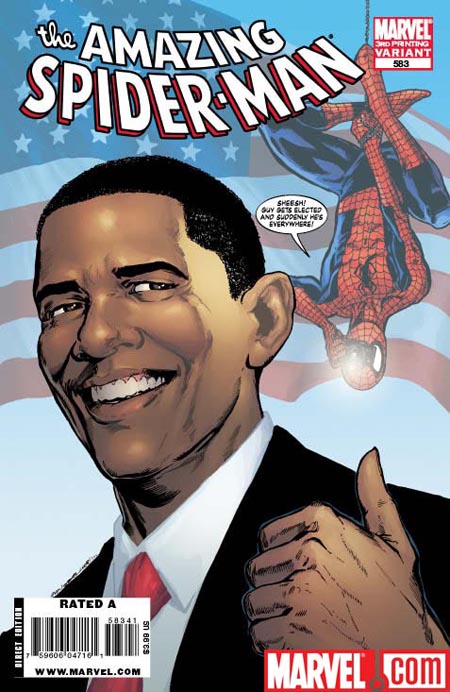 It’s still morning in Hawaii, and Alaska.  Hell, it’s just after noon in San Diego, and that’s where everyone in comics is right now, so NYAH!  No one’s online who might read this anyway.

Ah…how can you not love the pageantry of American Cable News?

I’m back to work on other stuff….much coming up to show you and announce in the coming days, but give a guy a moment to get some of it done, willya?

For more of my cartoonish nonsense, here’s LAST WEEK’S BUN TOON.  A tribute to the late Harvey Pekar.