Once again, I become a preposterously minor character in a vague spin-off of a legendary franchise!

Third in a series.

Last night, we had a meeting for the Toronto Cartoonist Workshop group — the talented bunch of creators who are writing and drawing the Sensational Holmes Incorporated second issue that I’m editing.  (I’ll start to show off some of the fantastic images from the new stories soon!) and after the meeting, one of our crafty and skilled writers (Mighty Mike Marano) got to chatting with me, and I mentioned that I’d appeared as an actor in some old Canadian TV shows about twenty years ago, and I foolishly told him the name of one of them:  Katts and Dog. 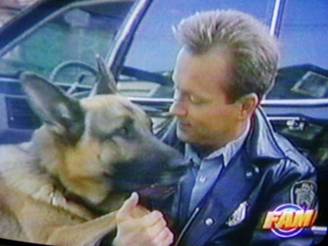 Dog and Katts. Note: I am neither of these actors

And so Mike promptly got to looking for it on Youtube, and found a clip or two online, because Youtube is a level of hell where all your past mistakes are in streaming form.

Before we go to the clip,  talk show rules require I set it up….  I play an annoying rookie cop – an academy classmate of the main character, Katts.  The role required sighing, snorting, barking and behaving like a dick whenever the camera was on.  My dialog included the memorable line, “Woof Woof, punk, I’m a dick.”.  It’s where the Emmy I keep in my “sun room”  comes from. 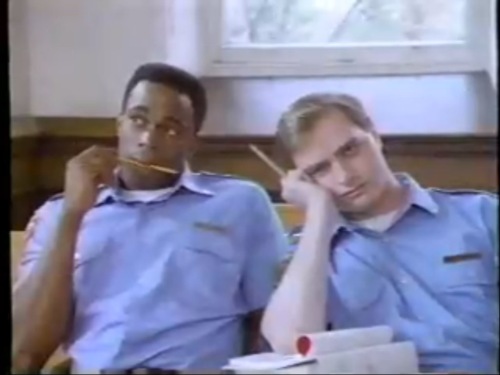 Seconds before a sigh. Soon, I'll be barking. Note: I'm the one on the right.

After you watch this clip, I’ll explain why this is even remotely interesting…

Okay…so I’m looking for a link to where you can buy the DVD set, or the IMDB page for this show or something, as is nettiquette correctness dictates, and found out that the only DVD sets of this old show available or in French.  And in French, the series has a different name: 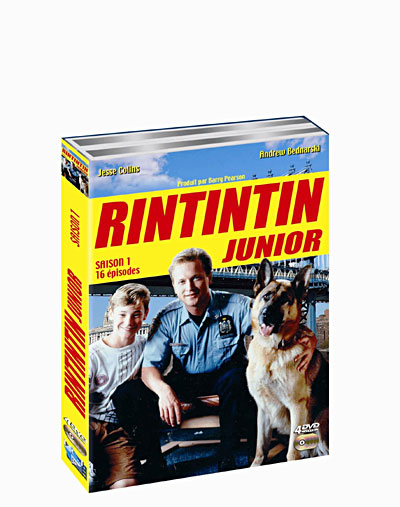 Rin Tin Tin Junior!?!?   Being in Katts and Dog, I could care less about, but I was in a Rin Tin Tin TV show!  That’s cool, even accidentally!  I remember meeting the dog, but we didn’t do anything on screen together.  I think his name was RUDY.   But ignore that I’m terrible in the part, and that I never worked on screen with the dog, or that his name wasn’t originally Rin Tin Tin….I worked with a Hollywood legend’s fifteenth generation, French-Canadian heir…. Rin Tin Tin JUNIOR!! 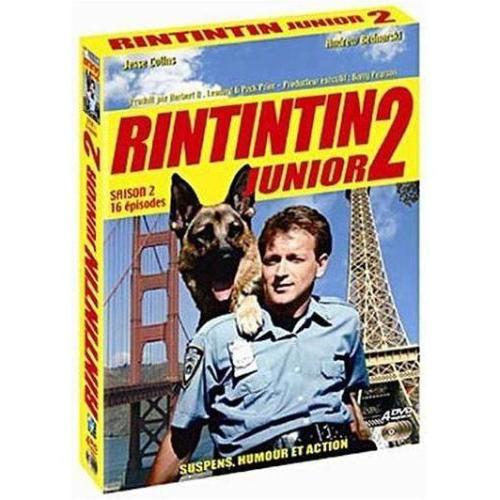 It seems the series was set in San Fransisco or Paris. Or both. Perhaps it involved a magic transporting genie-dog who flew between cities. I've never seen the show.

Apparently, in either the French of the English version of the series, I had a two second moment in the starting montage of one of the seasons.  Which means, when it was on the air, I would have friends tell me they saw me on TV all the time, even though I wasn’t actually on the show, but I got whopping residual checks for like, fifty bucks every year or so for a while.  The instant fame caused me to seek drugs and whores, but Dr. Drew cleaned me up. 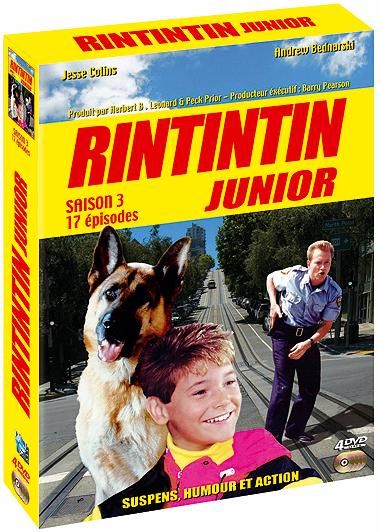 By season three, the dog adopted an orphan, and a drunken Katts was arresting street car tracks. I had long ago left the series, by this disappointing season, unaware for years that I'd even been on it.

First I was made a subway station  in Gotham City, then a minor character in Planet of the Apes, and now, again… in the deepest corners of the most obscure records of Hollywood history, I am an astoundingly unimportant footnote in the legend of Rin Tin Tin!

Oh the life I lead. 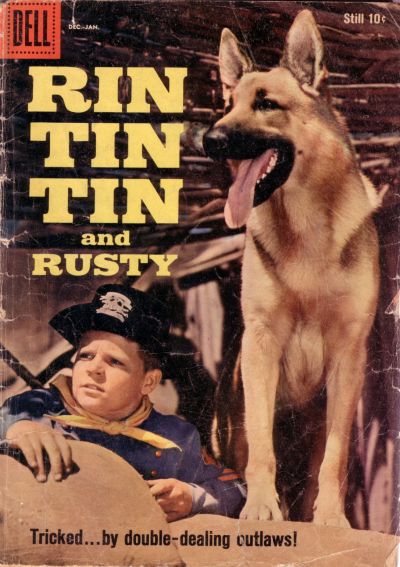 What kind of a heartless monster would trick a dog and a child?