Sometimes, I feel more like a good scolding than a good laugh.

If you don’t know what this is about, go to a news site that doesn’t have the word “Fox” on it.

It astounds me that there’s something called a “controversy” about removing the reprehensible symbol from the South Carolina statehouse in the wake of a terrorist shooting of an historical black church in Charleston.

Because some racist pigs PRETEND they don’t know exactly what that shitstain of a flag actually means.

But I’m through with being polite about it.  If you wear that odious symbol around me, I’m going to treat you like the human garbage I have no choice but to assume you are.  I will no longer witness this inhuman symbol without comment. 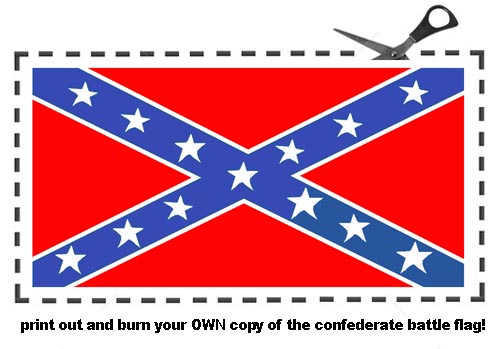 Lots of comics have used the confederate battle standard… 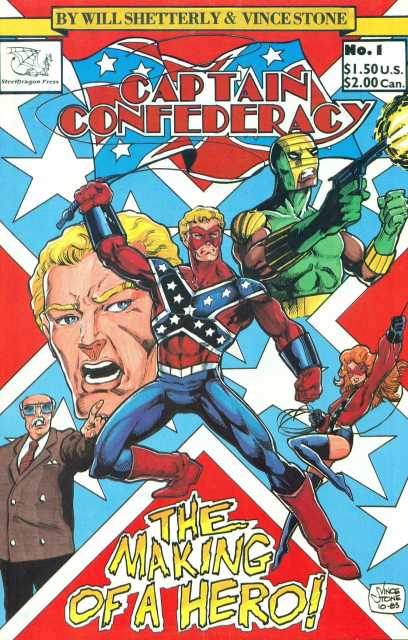 I assure you, the provocative image and identity of the dark skinned villainous character, is actually key part of this satirical series.  All is not as it seems on the cover…(See our comments section below!)

DC certainly hasn’t shied away from it… 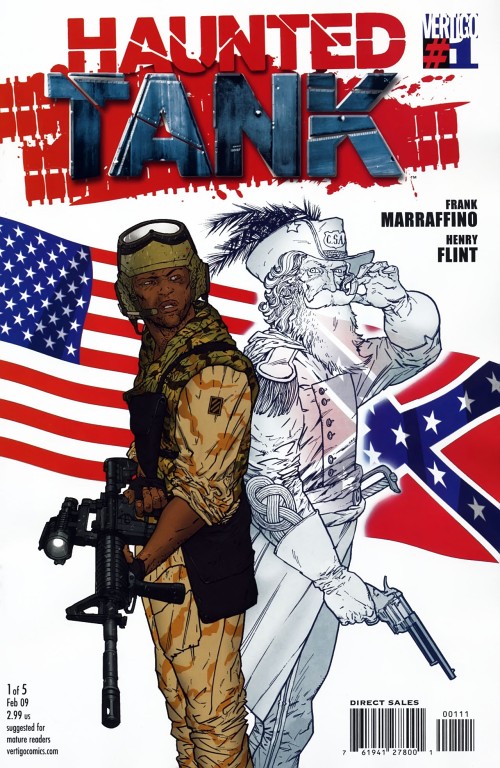 When I was a kid, I used to buy HAUNTED TANK for the fantastic artwork by Russ Heath. As I got older, the confederate images started to be harder to swallow. DC eventually dealt with this….much to their credit.

And my favourite Western hero, Jonah Hex, actually served in the Confederate Army! 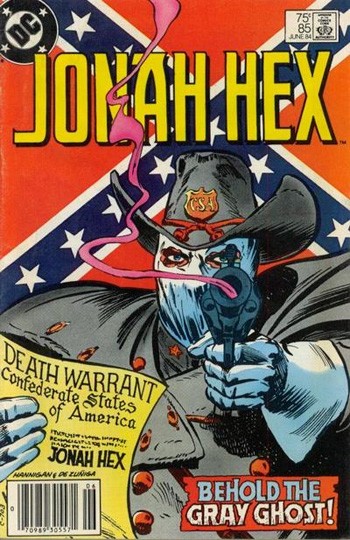 …until he deserted in disgust, feeling no man should fight to keep another man enslaved. It put a price on Jonah’s head, and allowed me to love the character…. 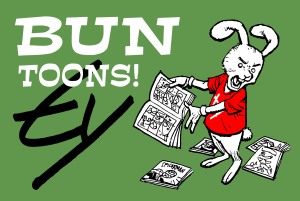