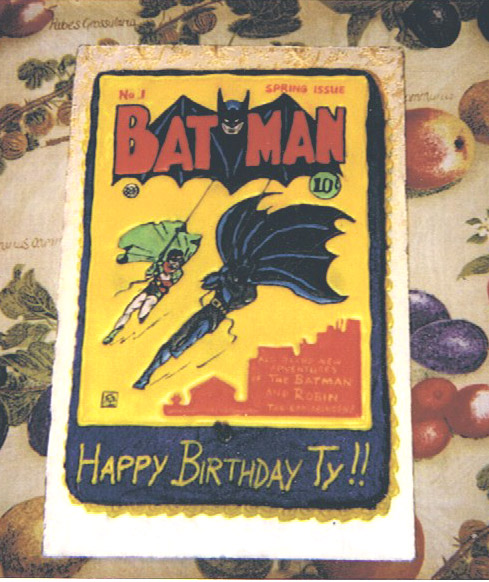 Bakers are a cowardly, superstitious lot...

With a wife, four children and a daughter-in-law, we end up with a few birthdays around my household, and birthdays mean cakes.  We just had my son’s 15th a few days ago, and here’s the cake he received for the day.

My daughter-in-law Jessica is a professional baker, and is good at this uber-cake kung fu stuff, so this was her creation for my son’s day.  I thought it was a portrait of birthday boy Taylor (who looks a bit like this cartoon) but I was told it was “Vault Boy”, beloved mascot for players of the game FALLOUT.   Taylor was so happy with the cake, he almost refused to cut into it and eat.

Jessica’s done this sort of thing before. 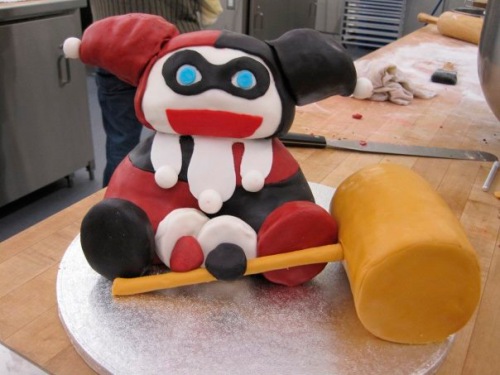 For a previous Taylor birthday, we got a Transformer:

I’m not that up on my Transformer heroes, so I’ll assume that’s Shia LeBoeuf up there.  Or Moistamus Prime.

Of course, we’re never too far from a Batman Cake.  Jessica strikes again:

These things are little baked works of art, and the family is often reluctant to cut into these masterpieces.  Naturally, I always start out by slicing out the cake’s eyes and shouting “STOP STARING AT ME!!”  That usually calms everyone down.

The cake that started this blog entry, (up top, the Batman #1 cover) was done by a friend, Barb, for my birthday a few years back.  These art-cakes are  becoming ubiquitous…but they never last long.

Here now, your Comic Book Cake Moment of the Day:

This cake wasn’t by a daughter-in-law or a friend, and I didn’t get to eat any of it…but it’s based on a panel from a Booster Gold comic drawn by Dan Jurgens and inked by me!  The baker was Annette Price, and you can see more of her creations here.  I was just tickled cake-frosting-pink to see a cake based on some artwork I worked on.