I taught class three in my eight part COMIC BOOK BOOTCAMP again tonight; it’s my favorite week, and too much fun not to share.

For the anatomy/visualization section of class tonight, we focused on  knee joints, hinging in free space, and the leg masses attached to them– it involves crappy cardboard geometric models, mnemonic tricks, and some dirty jokes. A two drink minimum and tip your waitresses, and we’re out.

But what’s delightful about this particular class, is that’s it’s the week that we jump up from theory (vanishing points, horizons, cubes and tubes) to drawing things that you can recognize as being body parts, and being hinged in free space (it’s an old Burne Hogarth technique).

Sometimes, for the first time in their lives, students “see” in their heads, the figures moving through “space”, not as a series of tricks to get the two dimensional drawings onto the paper, but as concrete images available to their imagination.

It’s like waking up a new sense in people, and it’s FUN to watch.

Week three is one of the reason I teach this class. Oh, the millions of dollars  buys champagne and pays off my member of parliament, sure…but the looks on the faces of students who literally wake up that part of their brain for the first time during class #3…whee.

Better than sex while singing harmony on stage.

I had a student once tell me it was freaking him out now that he could “see” people’s skeletons under their skin when they moved.  I said “GREAT! That’s the whole point of these visualization tricks….to wake up your mind’s eye.”

He asked if it goes away.

Sometimes waking up a new sense is creepy. I get that.  I told him, “I’m afraid it doesn’t go away….but it moves from creepy to fun.”

When I start the Bootcamp, I like to give my class a talk about the difference between a talent and a skill, (I usually call it my TALENT IS BULLSHIT lecture).  Drawing and writing are skills, not talents.  There is nothing you need to be born with to learn how to do them well…no matter what people tell you, there is no such thing as a required “talent” for drawing.

And week three is always the week that about half the class goes “Ding” and realizes on a fundamental level what I’m talking about. Anyone can learn this stuff…even the stuff they were convinced they couldn’t learn.

It’s just fun to teach week three, and baptize the new lambs into the world of illustration.

The bouncy rabbit hops off to mess with your garden now. 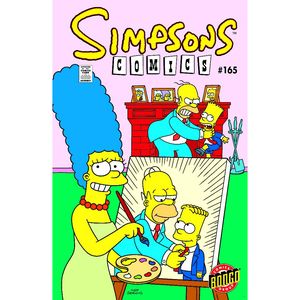 Holy Cow! Am I still promoting this comic I wrote and drew? It's been on sale for like five days already!

PS:  If you want to check out some former student work (most of it delightfully NSFW) head over here.  It’s worth the drive to Bootcamp Comics Dot Com!

And…if you’re interested in doing some learning of your own, and you’re in the GTA, new classes will start in the summer. Check out the Toronto Cartoonists Workshop for information.