Don't make us put on our antler costumes and come down there.

It’s Thanksgiving weekend in Canada.  We do it early, which proves (by the science of common sense) that we invented it, and gave Thanksgiving to the world as a gift.  The United States later introduced our introspective holiday into their calendar, retroactively attaching it to a big dinner that starving English settlers shared with local Indians a few years before the shooting started.  But it’s our holiday obviously:   It’s based on politeness. Don’t look it up or you’ll insult me.  It’s ours.

Besides Canada’s generosity in giving humanity a moment to reflect on their good fortune, I’ve created a list of the other things the people of the world SHOULD be thanking Canada for.

And no, it’s not going to be about Bill Shatner, though obviously it could be.  It’s about the world of comic books, and that fact that it simply wouldn’t exist if it weren’t for Canada, and that’s a fact.

So on behalf of the bacon-eating hockey players of this proud nation everywhere… Eskimos and fur trappers, and frozen Frenchmen…

Normally these are top SEVEN lists, but John Byrne is so insistent that people include him in things, that I let him have his way, even though, technically, he’s a Brit.  Canada should be thanked because we educated the Byrne boy.  Took him in from that wretched England, and raised him up from the tender age of eight, until we let him go into the world in middle age.  Turned out he was the biggest thing in comics for most of the late 70s, and to politely thank us back, he made Canadian comic star, WOLVERINE, into the most popular comic book character for the last thirty years. 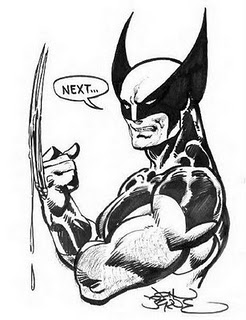 And made "Snikt" a household word, along with "beer".

His Tarzan comic strips were phenomenal, but Foster’s PRINCE VALIANT Sunday pages throughout the 40s and 50s are often considered the most beautiful illustrations ever done for the comics page.    Here, look…

Wally Wood, Al Williamson, Mark Shultz, Joe Kubert, Dave Sim and literally hundreds of other illustrators of the Golden and Silver ages cite Nova Scotia local boy Hal Foster as their primary influence.  Gee, you think Kirby might have borrowed the look of his “DEMON” from somewhere in panel three…?  Say “Thank you”, Jack. 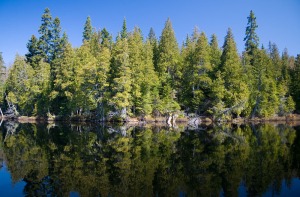 Marvel Comics, slightly before they're collectable.

Every American comic book you’ve ever held in your hand started life as a Canadian tree.  You can forget that the printing industry of the North East

has ALWAYS used our fine Quebec forests as their principal source of paper, as long as you remember that since the 80s, damn near every comic book published by every publisher, large or small, was printed at QUEBECOR PRINTING in…you guessed it, Quebec.  Thank the French-Canadian lumberjacks for this one. 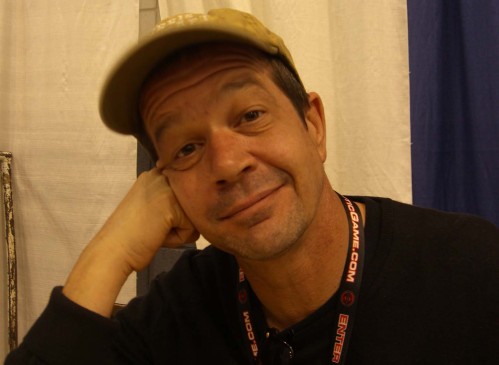 Besides being the only man who can collapse civilization by saying “sudden lesbian” in an online video, Darwyn Cooke is comics current “it boy”, with

critical gushes and swooning fans following him from project to project.   His retro style has earned him every award the biz has to offer, and he’s done all this while being a dead ringer for Slam Bradley – an achievement in itself.  Without Darwyn, comics nowadays would be nothing more but hyperbolic close up details of forearm veins.  Thank the stars, he stems that tide.

FOR BETTER OF FOR WORSE is easily the best comic art ever given to us by a female creator, and for the whole time it was being published, Lynn drew it from her home a few hours north of Toronto.

This magnificent series (only recently finished up) aged along with its readers, and touched the lives of millions in a way that the comics hadn’t since the early days of the century.  Along with Doonesbury, Peanuts, Pogo, Li’l Abner, Krazy Kat, Popeye, Little Nemo, Prince Valiant and Calvin and Hobbes, FBOFW is one of the ten best comic strips ever produced.  If you know who Farley is, and the mere mention of his name doesn’t start to choke you up, you’re an inhuman monster.

The series finale from 2008 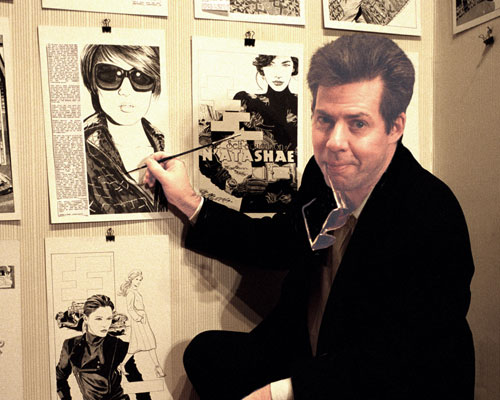 a rare photo of Dave with his mouth shut

The creation and the COMPLETION of the astounding run of CEREBUS THE AARDVARK is the No. #1 most inspiring story the world over for both indie cartoonists and people prone to spelling mistakes. 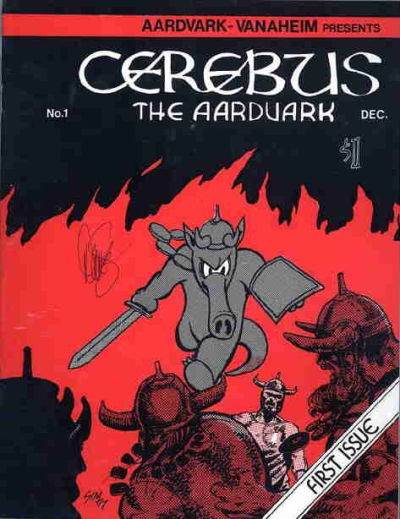 Dave Sim proved that if you have an insanely long, mind-bogglingly intricate story that’s going to take you twenty seven years to tell…then BY GOD, it can be done, even if you have to do it yourself!!  CEREBUS is the longest running series ever written and drawn by the same guy – don’t even bring up the part

about publishing it and promoting it himself (with the help of his temporary wife and temporary publisher Deni Loubert, of course, and his inker/background assistant GERHARD).  300 issues, 6000 pages, 12,000 loud mouth opinions in the letters pages.  When people say Sim wrote the book on self-publishing, he literally did.  Image Comics, wouldn’t exist without his ground-breaking influence, and apparently, neither would Babylon 5. 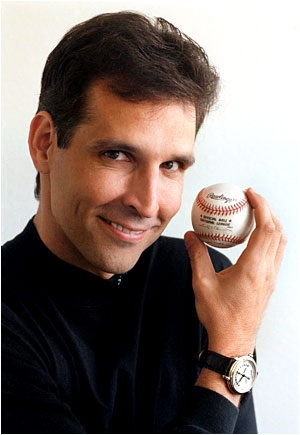 The '90s: they were his fault. But at least he has balls.

Speaking of Image Comics…  We must give thanks for our man of the Western Praries:  Todd McFarlane.  Without him, we wouldn’t have all those extra fidgety

lines on all those drawings for the last twenty years.  Besides re-inventing Spider-Man’s face mask, Marvel’s sales figures and humanity’s basic anatomy, Todd re-invented the toy industry by adding so many bendy bits to action figures, that they are now too cool to remove from the box.

Don't you DARE play with this. It's not a TOY, it's a McFarlane Action Figure!

Because of the twin revolutions of Image Comics and McFarlane Toys, the fanboy universe would not be the same without him, and neither would the million dollar home-run-collectible baseball market, as I think Todd owns them all.  I think he part-owns the Edmonton Oilers too, but there’s no American who needs to thank him for that.

The Million Dollar Balls of Todd

Shuster, hard at work cheating himself out of millions.

Ah, you knew I was going here.  Joe Shuster was the Canadian artist who co-created Superman to help out his American friend Jerry Seigel accomplish SOMETHING in his life.

He helped create this guy.

Canadians know this because we have the stamps, the “Heritage Minute”,  the street named after him in Toronto, and the cousin he left behind to create WAYNE AND SHUSTER.  (It’s absolutely true, they were blood relatives!) 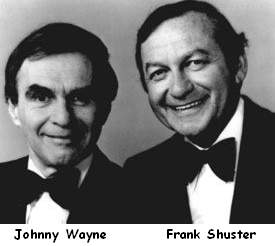 You'll note the resemblance to Jor-El.

He was not born on this street, but it's in the right town, at least.

Just off the top of my head. 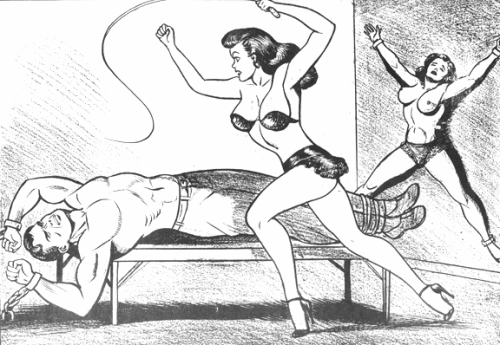 Art by Joe Shuster, for adult publishers, shortly after he stopped drawing Superman.