Taken out by a smoking habit. He could only be destroyed by something completely illogical.

I was at a comic convention in Kitchener, Ontario yesterday, where I was asked to do a sketch of Mr. Spock.  This was about twenty minutes or so, magic markers on cardboard from a photo on a smart-phone. 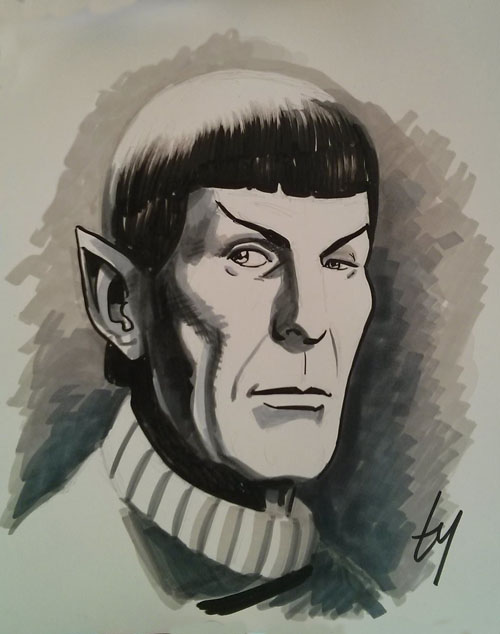 It turned out not bad for a marker sketch.

I’ve drawn Nimoy/Spock a zillion times over the years.  He was one of the faces I used when I first auditioned for Mad Magazine a lifetime ago… 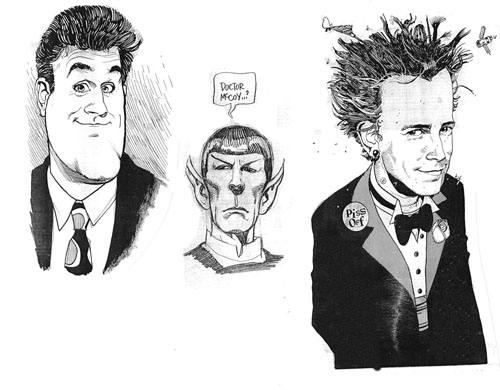 Here’s Spock’s first appearance from issue #1 of the Star Trek miniseries I wrote for IDW a couple of years back:  MISSION’S END.  The pencils are by the delightfully skilled Steve Molnar. 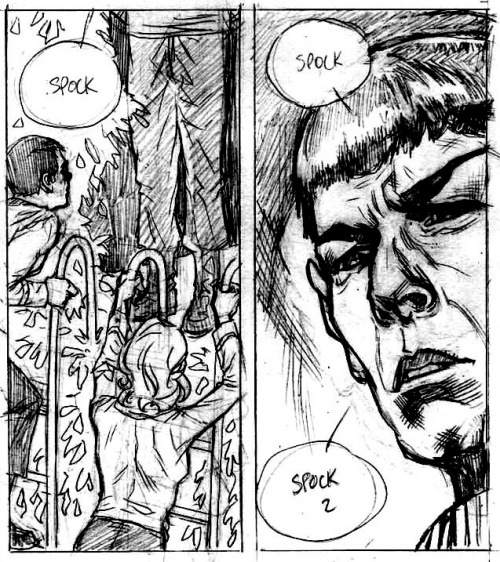 I loved the “alien” look on the character, looking down on Gary Mitchell and another crew-woman as they first encounter him.  One of my favorite moments from a script I wrote brought to life perfectly by Steve…

The “Spock Five” did, in fact, start with me.  I’ve been drawing these on Canadian money since the late seventies, and some time in the nineties, a TV producer friend of mine named Mark Askwith asked me to demonstrate the trick on TV.  Shortly after that, I started getting them back as change, which freaked me the f*** out the first time it  happened.    Apparently, they’re still around, and a few folks did up some new ones in hounour of Leonard’s passing.  (the bill up above is not one of mine, btw, but I can’t find an original bill anywhere and had to settle for one found online). 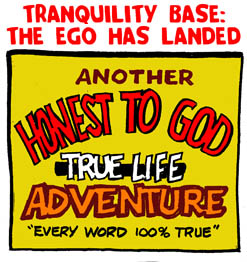 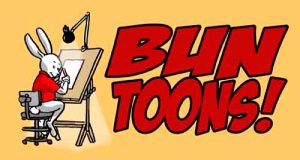 You're probably wondering why I've gathered you all here in the drawing room... 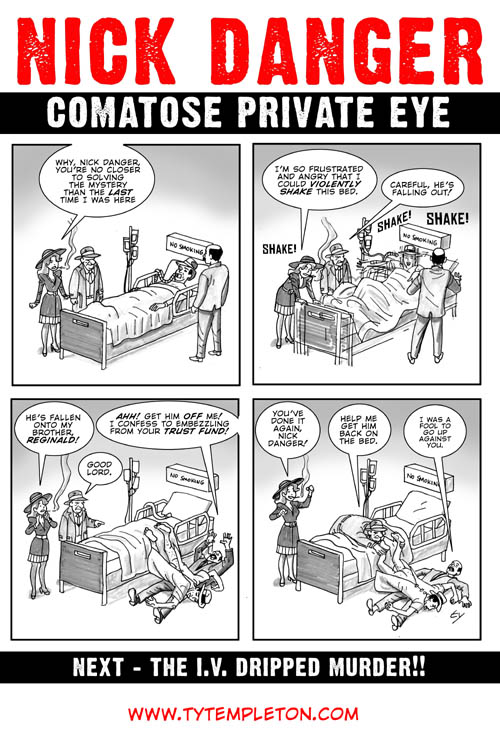 My teenager has been playing a lot of L.A. Noire lately, and I’m going to chalk it up to that.  Should I be pitching this at a network?  It’s both a cop show AND a medical drama.  Add a sassy girl with sharp wits and a smoking bod, and this is a no-brainer for HBO or AMC. 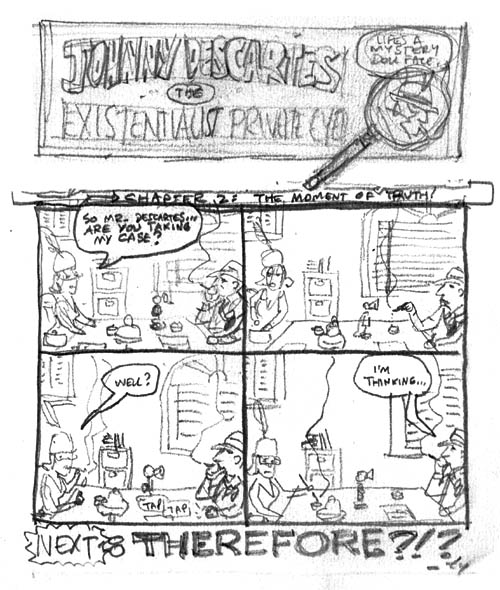 My wife didn’t find this one funny this morning, so it never got out of the sketch phase.  But she laughs at coma patients, so I was safe with the Bun Toon I went with.

For Every Bun Toon ever, click the adorable rabbit illustration.

One last note that’s unrelated to Bun Toons:  Family Circus creator Bil Keane passed away this week, and I wanted to say something about it.

It’s been a common right of passage for any young aspiring humorist to look at Keane’s work as a sort of anti-standard of comedy.  When I was in my early twenties, I resented the strip’s success and felt it was almost intentionally trying to irritate me, specifically because of its cloying middle-brow sentiment and lack of any real cleverness.  To my youthful brain, it certainly wasn’t funny.    For the last few months, my fifteen year old son, Taylor had become obsessed with clipping the Family Circus out of the paper and putting the panels on our kitchen fridge every single day – an ironic ritual of showing off what he thought was the ultimately least funny thing on our spinning blue ball in space.   I recognized the impulse, I’d done similar things when I was his age.

But you know what…?  The Family Circus was never meant for cynical, ironic and smart-alec young men to enjoy.   It was for people with families, for young kids and their parents, for sentimental older folks with grown children, and for whomever liked it.  It promised and delivered a gentle portrait of home life for over fifty years, and was read by MILLIONS of people, all of whom count.  That is an astounding achievement of endurance, perseverance and popularity in the mind-numblingly competitive field of cartooning.

You were a legitimate and touching artist, Bil Keane, and a heroic cartoonist.  Well done.