Hoverboy Fridays return, with another stunning find in the world of Hovercheology.  (Yes, I just made up a word, so that’s ten dollars you owe me, Mr. Webster’s Dictionary people. We shouldn’t be doing your work for you.)

This week, it’s sketches from the never-aired, never-filmed and never-paid for “Hoverboy Away!” Saturday Morning Cartoon show from 1993, theoretically produced by BUCKET OF GLASS studios.  They never got much further than these preliminary sketches by Jean Paul Rive Gauche before the plug was pulled on the project due to a misunderstanding.  A bad phone connection (from a fairly new form of mobile phone at the time) had caused a programmer at CBS to buy the show sight unseen believing it to be the animated adventures of

LOVERBOY, a stadium rock band from Canada whose hits include “WORKING FOR THE WEEKEND” and “TURN ME LOOSE”.  When the CBS executive realized he had bought a show about the superhero created by the maniac who had shot up a shopping 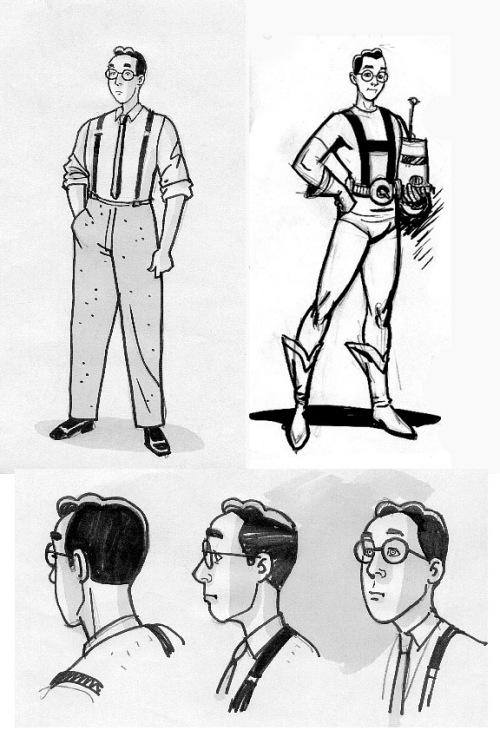 mall in Michigan just ten years previously, he ended his relationship with BUCKET OF GLASS immediately and found a studio that WAS willing to produce a show about Canadian stadium rockers who fight crime.  THAT show, “LOVERBOY vs THE PHANTOM OF THE PARK” was cancelled after two very low-rated episodes.

Little survives of the HOVERBOY AWAY! project beyond these few sketches, where clearly BUCKET OF GLASS hadn’t settled on a final look for Hoverboy’s costume.  We fans of Hoverboy can only sigh and wonder what “might have been” if they had actually aired some of this series…what would have been Hoverboy’s EIGHTH TV show.

Jean Paul would be better remembered by both the animation and the cartooning industry in general, had he not been struck by lightning mere hours after creating these sketches.    Another great illustrator lost to the “final gig”. 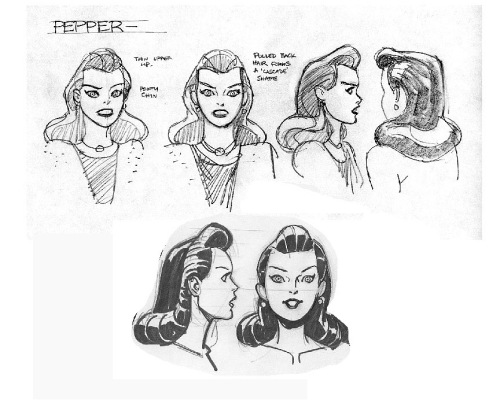 For more information about some of the Hoverboy shows that DID make it to the air…go to Hoverboy on screen at the Hoverboy Museum online.