This blog has mostly focused on my connections to the comic book industry, and for the most part, the biz tells stories of super-heroes…larger than life characters who do the right thing, often bravely, often with personal sacrifice.

Today, I offer up tributes to a couple of real life people who earned our attention and thanks.

His speech to the NYPD on the streets of New York on Saturday after seeing some of their fellow officers brutalize OWS protesters is one of the most touching speeches I’ve seen.  I’ve watched it three times, and it makes me choke up.  He knows the way America is supposed to work, and watching it malfunction in front of him, pulls this moment of rage out of him.  This is the real life Captain America speaking his mind.

Check out the expressions on the faces of people listening to him, both cops and citizens.  As a civilian, it’s not my place to salute him, but I wish I could.

NEXT UP:  Zachary Quinto, our new Mr. Spock.

Zachary came out as gay this week.  Even though we’re living in the 21st Century where this sort of thing isn’t supposed to matter, the sad thing is still does.   He said he couldn’t keep quiet about it any more after the tragic suicide of a young man named  Jamey Rodemeyer.  I’d rather he explain it to you than me, so the link to his blog is here.

Zachary stepped into the shoes of one of the 20th Century’s most beloved fictional characters, playing the new Spock, a difficult situation under any circumstances, and this might make his road ahead a little more difficult with a small, moronic section of his audience.  He felt he had his reasons to keep his private life quiet up til this week, and now he came out because he thought it would help other people in difficult situations.  A brave sacrifice for others.  The definition of a Super-Hero.

This is Quinto’s “It Gets Better” video.  Powerful stuff.

Last week, I STUPIDLY said that Leonard Nimoy was the only Spock for me.  Today I offer Zachary a Vulcan Salute and a sincere apology.  Good man.  You earned your ears. 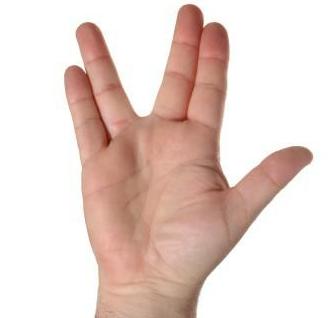 Yesterday, I was on my way into the city to teach my class when my car choked and died by the side of the highway.  By a stupid oversight, I did not have my phone with me, and my wife and I had no way to call a tow-truck, and more importantly, had no way to contact my school to let the students know I couldn’t make it in to teach class. 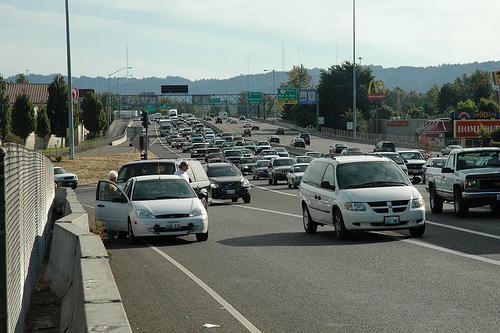 Artist's rendering. This is not my car.

In the middle of rush hour traffic, a man named Jordan –  a total stranger –  pulled over, leant me his phone, and DROVE ME TO MY SCHOOL, MILES OUT OF HIS WAY!!!   He felt the students didn’t need to have the class cancelled if he could help.  Who DOES that kind of thing?!?

I have Jordan’s phone number and email address, and he’s getting a big basket of thanks in a couple of days.  The world needs more of this kind of guy.

I love that I get to tell the stories of super-heroes in the pages of the comics I work on.  I hope these comics inspire people to do the right thing.  Personally, I get inspired by the three guys you read about above.  Even in these difficult times, the world has great people in it.

The glass is half full.

Ty the Guy OUT

There’s a comic book for EVERY character.