On paper, these scissors ROCK.

And so, the saga comes to an end.  As with every instalment, I promise you every moment and word of this is true.

I’ve edited down the conversation with the guy at the lost and found.  He actually told me quite a bit about his mother and his life as a child in Canada and Armenia.  It was very touching how much my scissors mattered to this guy.  And to me.  And to the nice lady at Air Canada.

Somehow, in a world spinning into chaos, one little thing went right on one day last month.

I’m holding onto that. 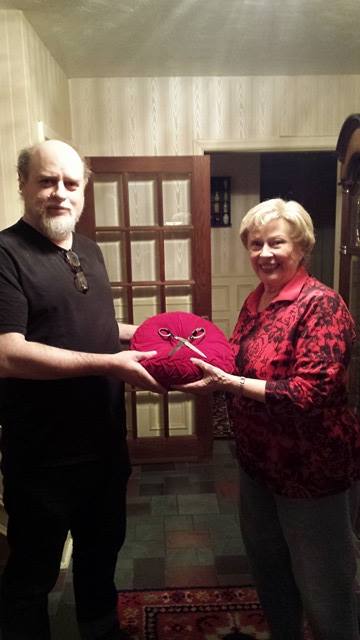 That’s me, my mother and the scissors.  The photo was taken last night, on the one month anniversary of their return.   My mother said to me, “I never gave you those scissors, you know. you just took them.  Technically, they’re still mine.” 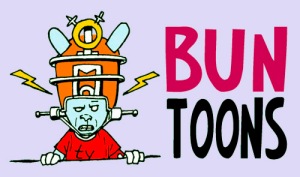 There’s an archive of old Bun Toons if you click here.  Some are funny.  None of the other stories are anywhere near this long, or about scissors, so you’re safe from that, going forward.

21 responses to “The Scissors Saga: Part Four: The Final Cut”