To those who’ve asked… 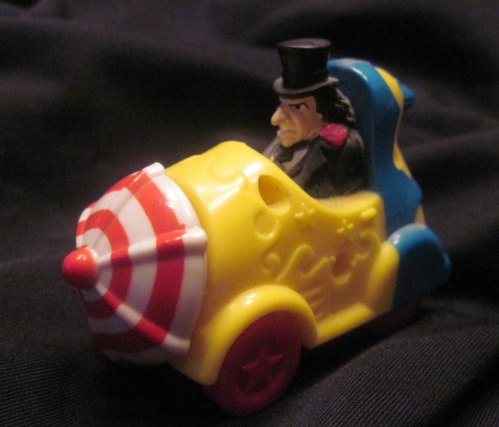 At the time of the promotion for which Ty drew art, for reasons we’ve never known, McDonald’s Canada (or maybe just Ontario…or heck, maybe Toronto, we never knew) were not using boxes for Happy Meals.  As I said, I don’t know why–but the food was packaged in plain ol’ boring bags.  (Yes, Happy Meals come in bags these days–but in the olden days, they were boxed…then bagged, back to boxed, now back to bags.) Okay, the bags had some promotional art on them–but I think that too came later.  I don’t remember the Batman ones clearly to tell the truth…but they didn’t have Ty’s art on them or he would have fanatically collected them (Batman and McDonald’s…if only Coca Cola and The Beatles had been involved, and you would have had all of his loves from the time period!). 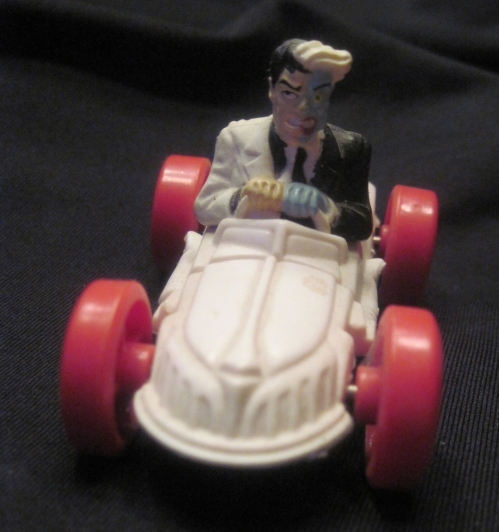 The toys were not based on Ty’s designs and he didn’t get any of them at the time…he’s “inherited” a few since (as in, Kellam left them behind when he moved).  But, we only ever had a couple–the Robin car, the Penguin car…and I have memories of constantly tidying away the Batman figure. And there was a Batmobile which would split into two (so you could shoot the front half at somebody.  In our house, that was usually a younger sibling, and that would not end well), and eventually, Kellam’s wouldn’t go back together. 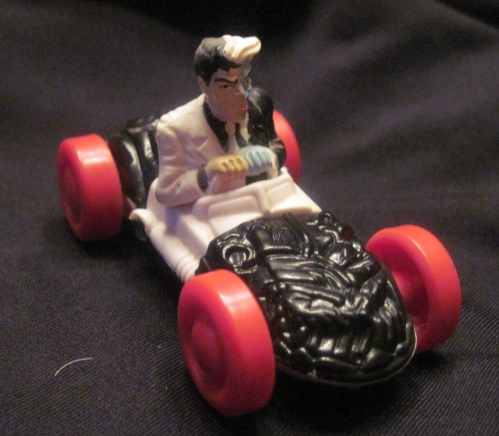 And, is it just me, or was the Robin scooter kinda lame-assed?  It didn’t do anything! Although, all the Two-Face car did was “transform”–you could turn over the front and back half of the car.  I remember we had more of those cars than any others…but most of them, the twistable parts ended up so loose they would just spin around. 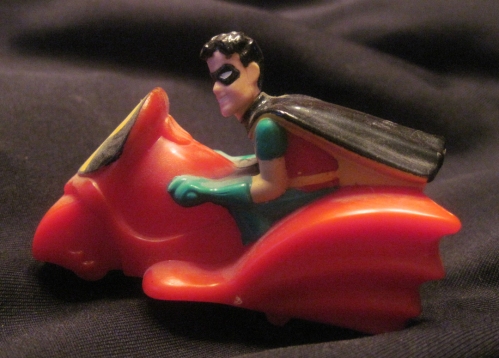 (On a search of Ty’s studio, I also found the Two-Face car; but I’ve never seen the Joker’s or Catwoman’s.  Don’t know if Batgirl had a vehicle?)