Today is FanExpo Saturday, here in the Big Smoke (that’s local lingo for “Toronto”) and so the chance of me finding two magic minutes to rub together and create an all-new Bun Toon are impossible.  I’m already at the convention, signing issues of Batman 66, and sketching sketch covers of chibi Wolverine as you read this.  But fear not, loyal Bun Tooners, instead of handing you a re-run this year (as my lazy ass usually does when I’m at a comics convention), I’m giving you a never-before-seen story I recently drew for the latest issue of Holmes Incorporated.    At seven pages, it clocks in as the LONGEST Bun Toons in my fabled history, so take THAT, internet!  You can pick up the Holmes Incorporated comic book that features this (and many many more) stories by the skilled and talented Holmes Incorporated Bootcamp Bullpen at the convention at my booth!

Our fun and complex script is by Oliver Ho, and all you need to know going in is that the man in the wheelchair is named Edgar Holmes, and he’s Sherlock Holmes’ grandson, and the kid with the t-shirt is Artie, and he’s Edgar’s grand-nephew and they have adventures. 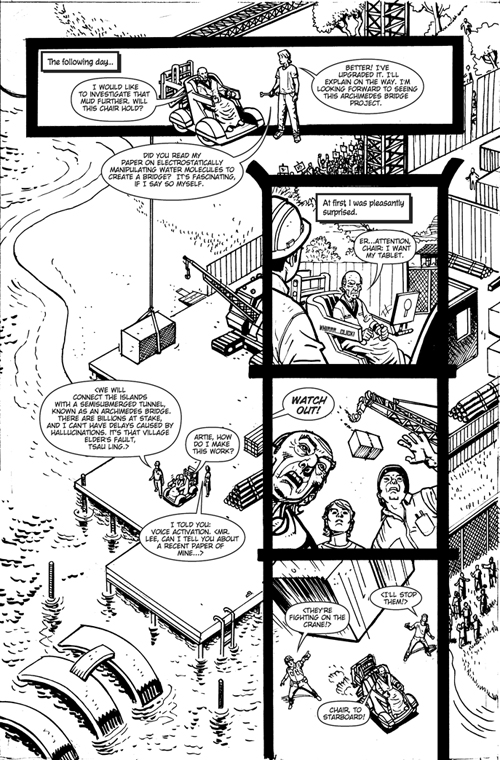 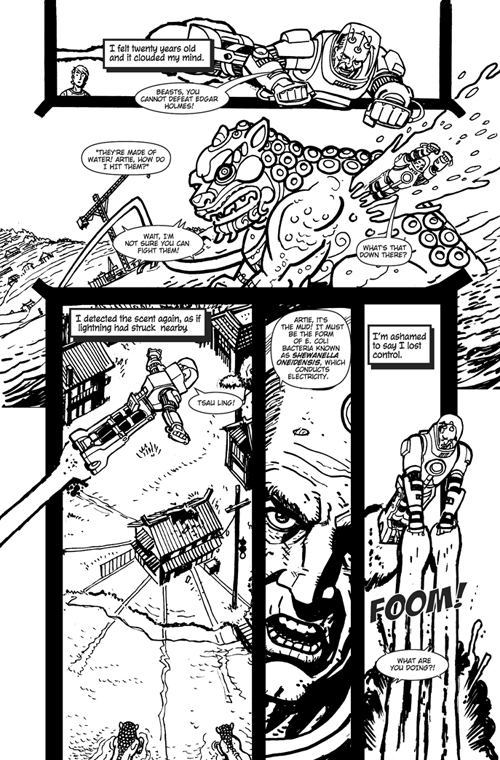 Later today, I’m co-hosting the Shuster Awards Ceremony (celebrating the best in Canadian comics creators) with my old friend, Rob Salem.  I’ll be sure to say something scandalous that will get me kicked out of the community’s good standing, so if you’re there, bring vegetables to throw.  The Bun Toons are nominated for a Shuster this year as Canada’s finest Web Comic, but after they saw the “Stick Figure Funnies” entry I did two weeks ago, I’m fairly sure they’ve taken my name off the nominating list, so you don’t even have to wish me luck.

Your Bonus Moment:  Because I’m still giving you a re-run.  Suck on that.

I wrote and drew this at a convention a couple of years ago where NO one attended, and I had the time to write and draw a three page story in my sketchbook while sitting there not talking to fans.    FanExpo is such a non-stop push of humanity that I doubt I’ll have those spare moments today, but you may enjoy my ill-spent time from 2011.

To read the Greatest Moments of My Life Bun Toons, click the greatest link on the internet.

For the increasingly not-updated Bun Toons Archive (But it does go back YEARS!) click the Singing Pastry